On this very special edition of Everything is Permitted, Brittany, Julian, and Matt welcome writer, author, and game designer Mary Kenney to the show!

The team talks with Mary about everything that goes into being a writer for video games. Mary goes in-depth about her time working on Spider-Man: Miles Morales, The Walking Dead Telltale games, Ratchet and Clank: Rift Apart, and much more.

Mary also discusses her new book Gamer Girls, which will release in July.

All that and more on this bonus edition of EIP.

Mary on the Web: https://www.marykgames.com 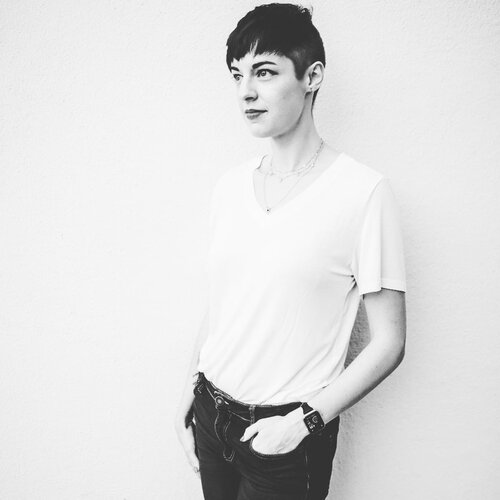 I write video games, comics, a YA nonfiction novel, and way too many tweets. I’m an Advanced Writer at Insomniac Games and teach narrative design at Indiana University.

Before all of that, I was a journalist whose work appeared in The New York Times, Salon, Kotaku, The Tampa Bay Times, and The San Diego Union-Tribune. I studied in the masters game design program at the NYU Tisch School of the Arts and journalism, public affairs, and psychology at Indiana University. I’ve lived all over, including Chicago, NYC, the San Francisco Bay, Los Angeles, and Hyderabad, India.

When I’m not reading a historical fiction novel, writing a script, or playing an RPG, you’ll find me fussing over my houseplants, trying to conquer a Great British Baking Show recipe, or running laps as an excuse to blare Broadway musicals.

New to Everything is Permitted?

Some of our best specials and recent episodes of EIP

"Dreams Are Messages From the Deep..." It's a very special edition of Everything is Permitted, as the team reviews the highly anticipated Dune adaptation from the visionary director, Denis Villeneuve. Join the team as they br...

NATASHA ROMANOFF (Scarlett Johansson), separated from the now-fractured Avengers, confronts the dark path she took to becoming a spy and assassin, as well as events that followed. She reluctantly reunites with an unlikely group of spies from her past ...

We did it! We reached episode 100! Thanks to everyone who has stuck with our little podcast over the past few years! This week, Julian, Matt, and Brittany talk about some of their favorite moments from the pod. Later, it's …

A Review Special almost a year in the making, Zack Snyder's Justice League is finally here, and EIP brings you our review of the film. Should The Snyder Cut be considered the definitive version of Justice League? What was a...