There Are Heroes Among Us: Zack Snyder's Justice League Review 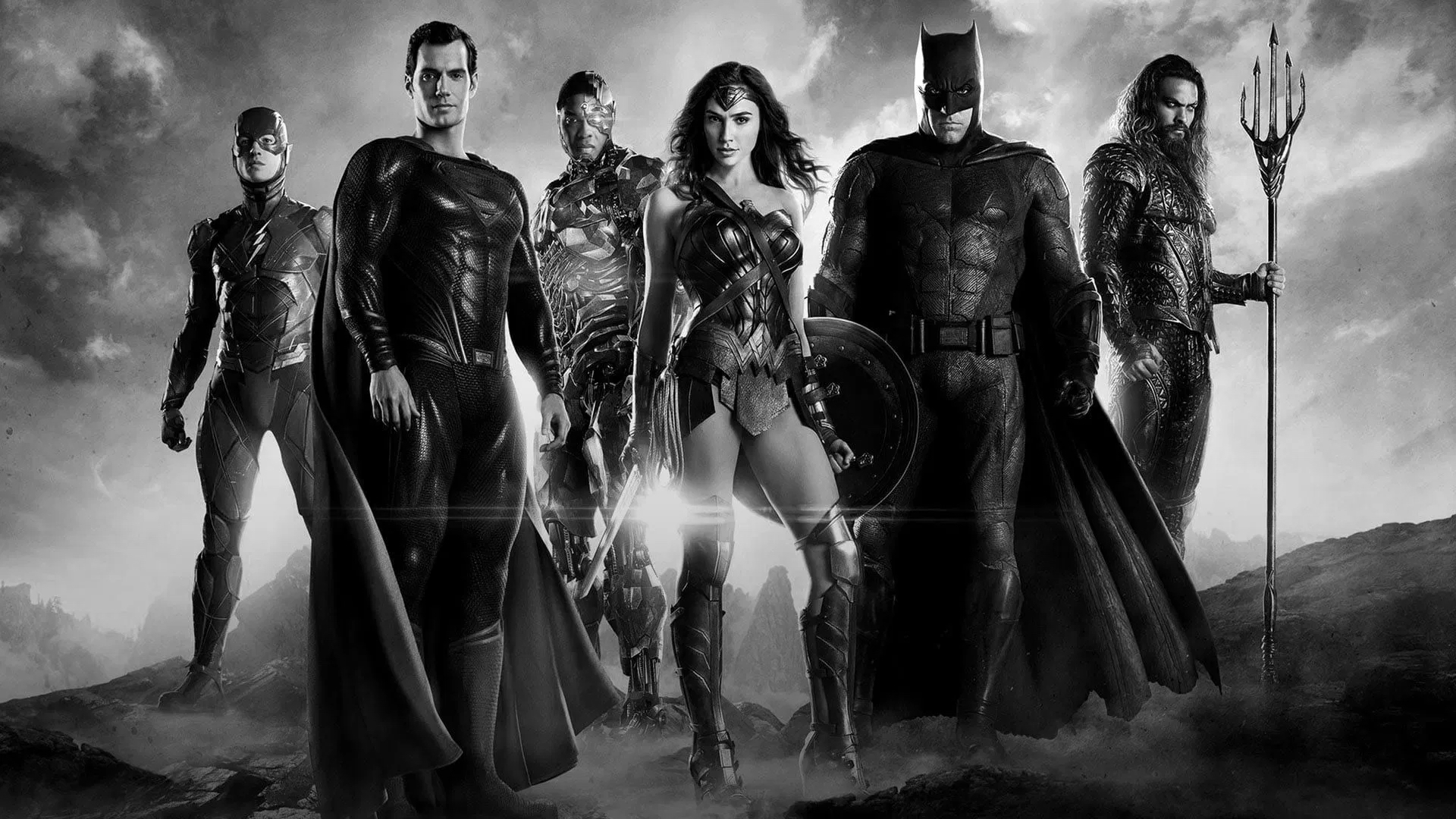 Long may it reign

Justice League. Up until now, if this movie was mentioned in a conversation, reviewed, you name it, it was met with laughter and disdain. And rightly so. Joss Whedon, who has turned out to be one of the bad ones, was never the right choice to try and pick up the pieces of what Zack Snyder had filmed before having to leave the film after the tragic suicide of his daughter, Autumn.

If we're honest here, I'm largely of the belief that once Snyder left, Justice League should have been put on ice until such a time that he could come back and finish his vision. But as is the Hollywood way, Warner Brothers needed to bank on the team-up film after the success of the MCU. Hiring a director like Whedon, his current issues notwithstanding, someone who has an entirely different filmmaking style, was always going to be a recipe for disaster.

And it was. Whedon's take on the film was sheer and utter garbage. Splicing and dicing Snyder's work into something that could make execs happy. Hiring a great composer like Danny Elfman for a film that just doesn't fit his musical style, a generic CG villain, whitewashing the film by throwing away most of Ray Fisher's great work. I could go on. Let's not even talk about mustachegate.

So from the very beginning, when the #ReleasetheSnyderCut movement was taking shape, I was very vocal about wanting the film to see the light of day. I'll also say that I never had any doubt this day would come. It was and always has been the right thing for Warner to do, letting Snyder finish his film. Because love it or hate it, Justice League and the movies before it are his films.

A Disclaimer before we talk about the Snyder Cut: I enjoy Snyder's filmmaking style and artistic point of view. That being said, I don't love all of his work. Watchmen was an absolute bore, but his films like 300 and Man of Steel are favorites of mine. While his take on Superman gets some heat, I think it's refreshing and exciting. The less said about Batman v. Superman: Dawn of Justice, the better. With all that on the table...

Zack Snyder's Justice League is a masterpiece, plain and simple. The four-hour-long epic, and it is epic, is a masterclass in filmmaking in a way only Zack Snyder knows how to do. Even still, if you're not a Man of Steel fan and have similar feelings on Batman v. Superman, you may not enjoy this either.

But this cut of the film even surprised me. I went in with zero expectations. Justice League was on my list of movies not worth watching ever again, and I went into this version with no expectations. Of course, I wanted it to be a success, especially at a four-hour run time. But I didn't know it would leave as big an impact on me as it did. For a movie where much of what we saw in theaters is still in this cut, to feel so very different and original shocked me. And I'm still processing all that was added and changed for the better.

Snyder's original concept and cut of the film undoes so many of the wrongs that Joss Whedon added when he reshot and rewrote 75% of the film. Gone are awkward jokes and one-liners. Also gone? Gratuitous close-up ass shots of Wonder Woman, as is the forced angst (it was never romantic but didn't work) between Bruce and Diana.

The best thing the Snyder Cut accomplishes is making this genuinely feel like an ensemble story, giving each character their due and then some, something sorely lacking from the theatrical release. Justice League went from being a Batman movie with a Superman ending to a film that focuses on each of its main characters while giving some of the film's most essential arcs and moments to Ray Fisher's Cyborg and Ezra Miller's Flash.

After watching all four hours of Zack Snyder's Justice League in one go, it still amazes me that the story and lead of this film could be so easily switched from Batman and Superman to Ray Fisher's Cyborg, who really does become the core of this film, which more than likely was always Snyder's vision and intent. And it's well deserved.

Fisher, one of the more outspoken actors and proponents of releasing the cut, shines and gives a beautiful if not haunting performance as Cyborg. So much of his story and dialogue was cut from the film. Making him the overall hero while also being tormented by what his father did to him is such a breath of fresh air. 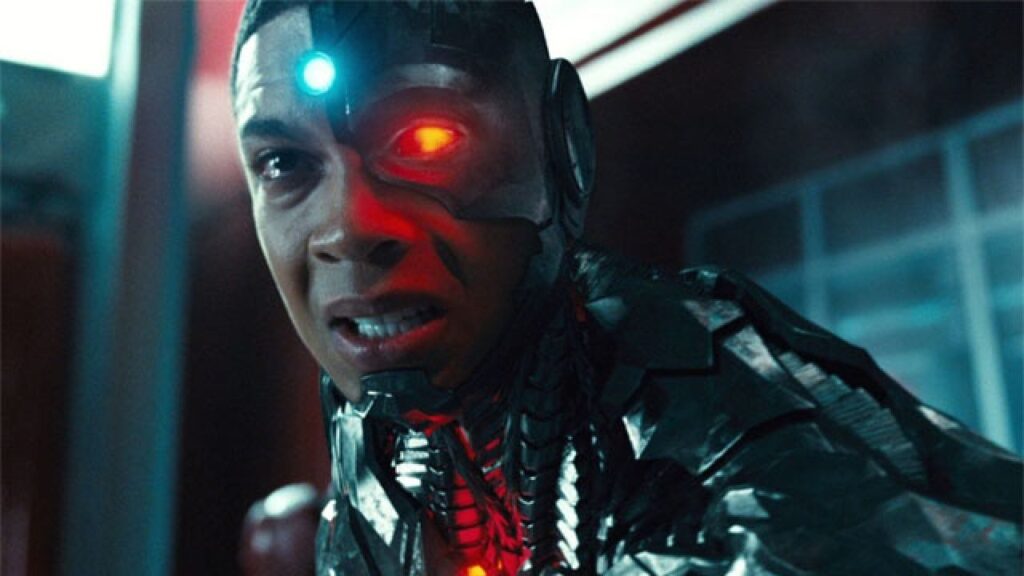 Ray Fisher as Cyborg, new design and all.

The same can be said for Ezra Miller's Flash. Once again, most of his arc was cut by Whedon, using the character solely for comic relief. The comedy is still there, but being honest, it almost doesn't work. With the Synder Cut taking on such a more serious tone, some of Flash's jokes and one-liners sometimes feel out of place.

Still, moments we only saw in trailers make their return to the film, like Barry meeting Iris West for the first in a scene that is equal parts beautiful and equal parts stylistically strange. The way the speedforce is portrayed with blue lightning and Barry's elegance while moving through it is always chill-inducing. This rings especially true in the climax of the film. Does the choice of song work best for this scene? No, not really, but it doesn't take away from the moment or the chemistry Ezra Miller shares with Kiersey Clemons, even if it is just one scene. 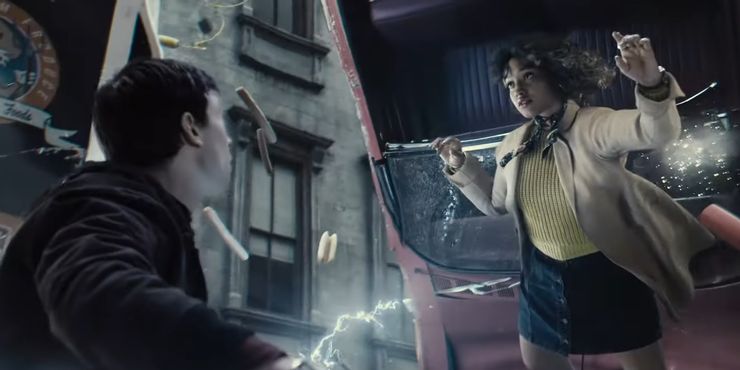 When you think of Justice League's original big duos, you either immediately go Batman and Superman or Batman and Wonder Woman. But you would never have thought: Cyborg and Flash. The two were nearly nonexistent in the 2017 release but instead became a fun team to watch and end up being the big heroes of the film's finale. That's all I'll say because it is such a beautifully shot sequence that deserves to be watched and not described.

Jason Momoa's Aquaman also gets a bit more to do in the HBO MAX release, and we see a lot more of Willem Dafoe's Vulko and Amber Heard's Mera. Had some of these scenes been kept in the 2017 film, they would have helped better set up 2018's Aquaman.

The same can't be said about Gal Gadot's Wonder Woman, though this can mostly be forgiven since Diana Prince had her own film and a sequel greenlit very soon after (and we all know how that turned out). What we do get is more than enough, especially with a four-hour run time and a movie that desperately needed to focus on the "less popular" Justice League members.

I'm not going to spend much time on Ben Affleck's Batman simply because his role in the film remains very much the same. It's still Bruce uniting the team, trying to keep his promise to Clark, but it's done in a much more meaningful way and with a lot less unnecessary pushback from Diana and other members of the heroes who will eventually found the League.

His relationship and scenes with Jeremy Iron's Alfred are also a lot more fleshed out, and for the first time, it made me have some regret that we won't get a standalone bat-film with these two.

I briefly have to mention Bruce's final dream sequence and Jared Leto's take as the Joker being added to the film, a sequence that was just filmed for the cut a few months ago. Again, this scene must be watched, but I will say that this is the Batman/Joker banter and dialogue fans have been waiting for in a Batman film. He may be a weirdo in real life, but Jared Leto deserves another crack at the character after watching this scene. 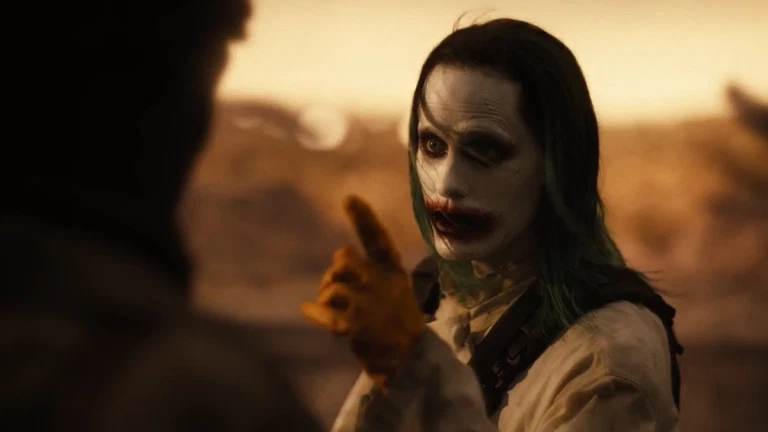 Finally, Superman is done his proper justice in the Snyder Cut, no pun intended. Gone is Warner's CG upper lip blunder, and every scene Clark/Superman has on the screen has deep meaning. Truth, justice, and the American way? Those crappy one-liners are gone. Instead, we get important moments that help fuel Clark's resurrection.

This is on full display when Clark realizes that he has been brought back to save the Earth once again. As he goes to grab his suit, we get a full-on goosebumps everywhere moment as Jor-El and Jonathan Kent give us a beautiful monologue montage, speaking to Clark about just how important he is to the planet Earth. While the audio was recycled from Man of Steel, it doesn't make the moment any less memorable. That, combined with Hans Zimmer's theme for the Man of Steel, makes finally seeing Clark in the infamous black suit well worth the wait. 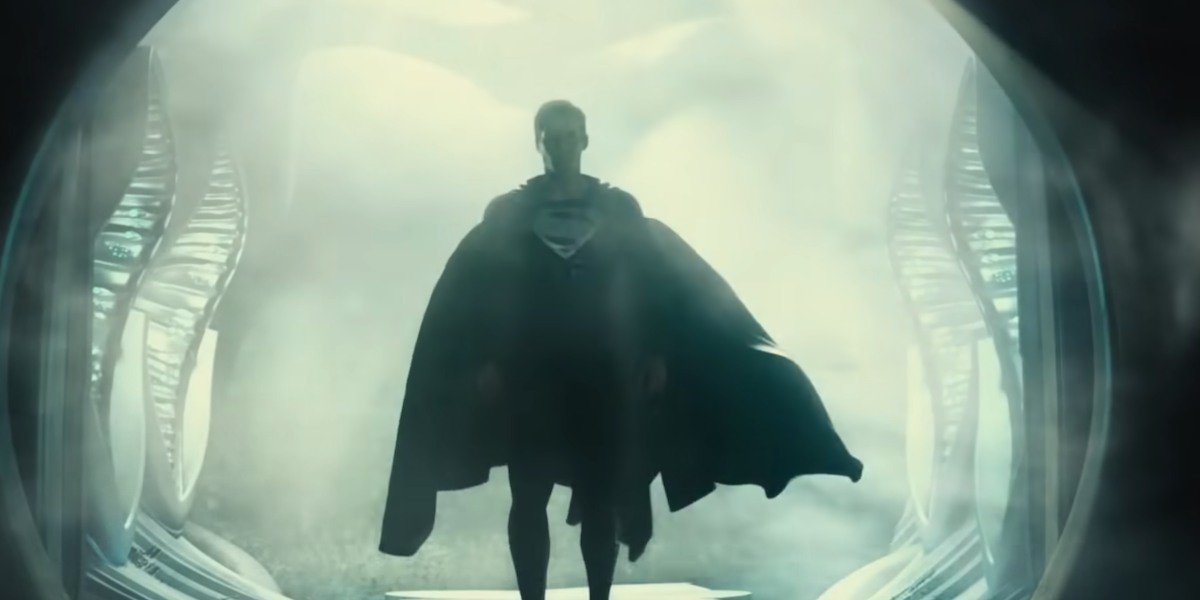 I could go on about the additions to the film, the cameos, but better to let your eyes see those for the first time. That's what the Snyder Cut of Justice League comes down to, a four-hour visual epic. And that epic is accompanied by a brand new score from Tom Holkenberg (Junkie XL), who was unceremoniously let go from his score writing duties by Joss Whedon.

I'll be the first to admit that I'm not the biggest of Junkie XL fans. His score for Batman v. Superman was nearly as bad as the film. But it's abundantly clear Holkenberg has grown as a composer, even by his admission. Having written two hours of the original film's score, he was so unhappy with the original work and memories of being let go that he started from scratch, and it shows.

Zack Snyder's Justice League's run time alone is enough to make this review feel unfinished, but any more than this, and you start to give away all the secrets and moments that make watching a film like this for the first time memorable.

The Snyder Cut is not perfect; no film is. I'm still trying to decide my feelings on the 4 hours, 2 minutes run time. I'm sure some scenes still could have been cut and trimmed to make this a little shorter, but watching it for the first time, I don't know if I felt that. At the end of the day, this was Snyder's original vision for the film, and it's a beautiful thing that he had the means to properly finish his work.

To end, Warner Brothers recently said that Joss Whedon's treatment of the film would be the definitive version of the film. I genuinely hope that they walk back on that decision. Like I said at the very beginning, Justice League is Zack Snyder's film. It belongs to him and always has, and this cut far exceeds anything released in theaters in 2017. And to the fans who helped paved the way to make this happen, thank you. Your hard work paid off, and it was well worth the wait.