The Witcher Season One Review 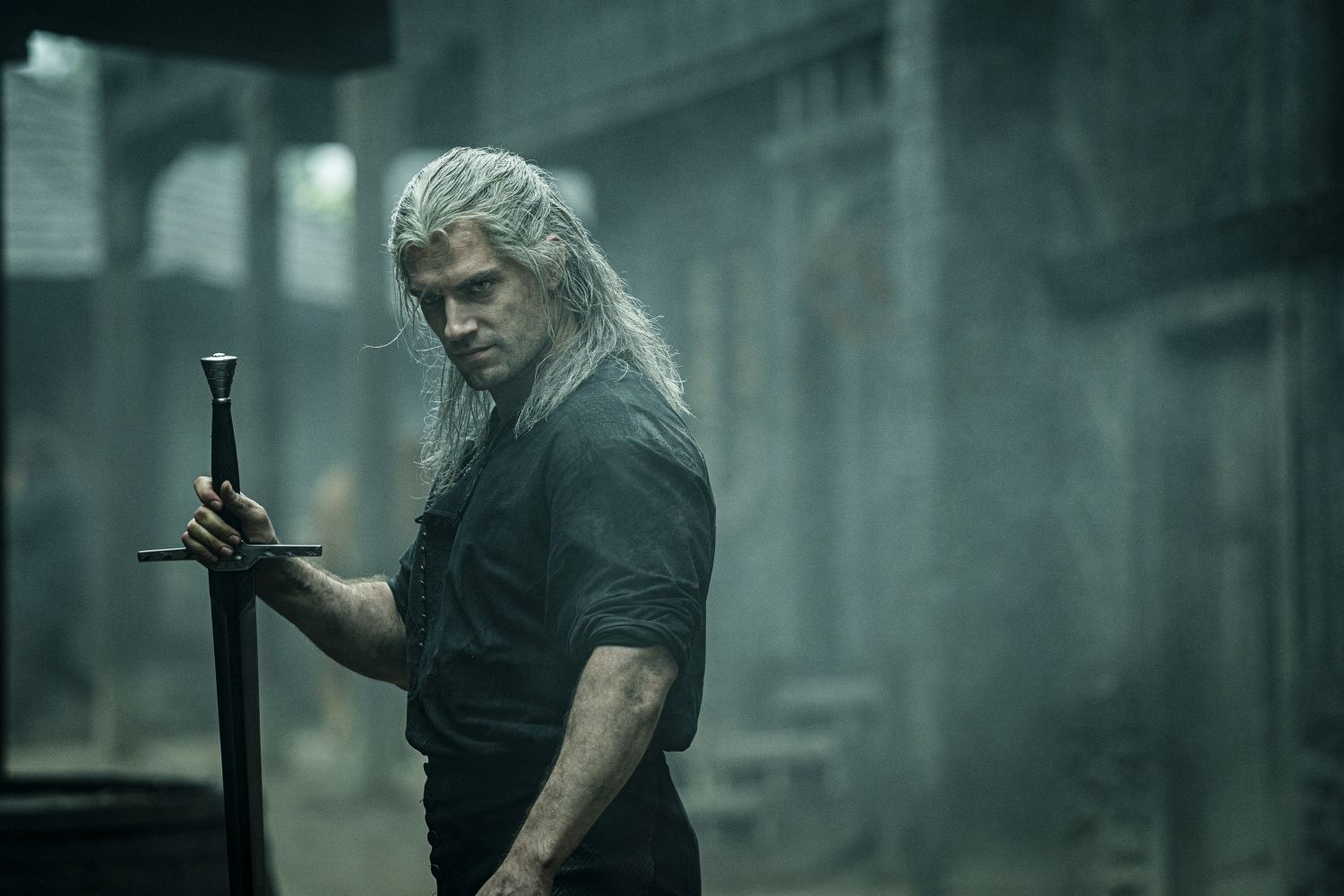 Toss a Coin to Your Witcher...

Whether you’re new to The Witcher, or already a fan of the books or the games, Season 1 of The Witcher is sure to entertain. The Netflix series is the start of a bold and promising adaptation of Andrzej Sapkowski’s book series and the CD Projekt Red games of the same name.

The 8-episode series takes place in a world of magic, monsters, and warring kingdoms. The story follows a trio of protagonists who do not initially meet but whose lives and actions are destined to be intertwined. The first of these main characters? The titular “Witcher:” Geralt of Rivia. An outcast of society due to his mutated and superpowered nature, Geralt specializes in monster hunting and slaying to earn his keep. His kind is ostracized and deemed “unnatural” yet is needed for performing various tasks or monster slayings whether it be at the request of a King or the pleading of a peasant.

When we meet Geralt, he has a very stark view of the world and his place in it. He does not believe in Destiny and he does not believe himself to be anything more than what others claim him to be. He believes only in killing monsters. Apart from his strength, his white hair and unnatural eye color also set him apart physically. Witchers live longer lives than the typical human and although they are not immortal, they are more powerful, can use magic, and do not age the same way. For this reason, Geralt’s timeline in the tv series initially takes place in the recent past and slowly catches up to the present. Throughout the show, Geralt’s character has his beliefs about Destiny challenged (albeit reluctantly) and also proves views about Witchers to be wrong, as we see firsthand that he does “feel” for others.

The Witcher is not the only being that can use magic. Magic and its politics extend far beyond the warring kingdoms and races and the troubles of greedy Kings and Queens. Our next protagonist, Yennefer of Vengerberg enhances our perspective and allows us to delve into this magical world and the council that oversees it: The Brotherhood of Mages. In this world, magic itself is chaos and certain individuals can channel this chaos into power. Yennefer, who is disfigured due to her bloodline and deemed useless by her own family, discovers that she has this inherent ability when she accidentally teleports to avoid harassment. She is then sold by her family into the Brotherhood and begins her training to become a mage.

Initially overwhelmed with sadness and hopelessness, Yennefer attempts to kill herself but is not allowed to escape her captivity in such a cowardly way. As Yennefer learns to use chaos she grows both in power and in agency. While learning her place in the order, Yennefer’s naivety is challenged. She turns her sadness and bitterness into anger and resolve. In her final step as a student, she chooses to give up her ability to conceive children in order to give herself a new beautiful form to match her power. As a mage, Yennefer is essentially immortal and as a result, her storyline in the show takes place the furthest in the past before overlapping with Geralt’s timeline and eventually reaching the present. The council determines where she is to be stationed and she spends the next few decades overqualified for the boring affairs of a King. Her unrest is eventually ended by unrest between kingdoms and she crosses paths with Geralt. She learns that her search for power can only take her so far and now she needs something more.

Although chaos can be channeled, it cannot be fully controlled. Chaos has a will of its own which is exercised in The Witcher through acts of Destiny. One of the most infamous acts of Destiny is the law of surprise. Our final protagonist Princess Cirilla, more affectionately known as Ciri, is a result of such an act of Destiny. Shortly after we meet her, she is thrown into the world that she was sheltered from after her remaining family is killed and her kingdom is destroyed. Although she is young and has much to learn, Ciri proves to be strong-willed and formidable. She remains focused on moving forward although she is haunted by the events that have passed.

Ciri only knows one thing: that she must reach Geralt of Rivia because their destinies are linked. We learn in the series exactly why and how their destinies are intertwined. This reality creates a sense of urgency as we know that Ciri is in danger and Geralt is her only hope for survival and stability. This overarching goal also aids in the convergence of timelines as the audience watches in anticipation of Geralt and Yennefer’s timelines meeting Ciri’s in the present.

While some who are not familiar with the characters and world of The Witcher may find the show to be confusing to follow at times, this is easily remedied by the end of the season. I suggest watching the series with subtitles as this will help you follow the dialogue to piece together events as the show travels back and forth between three different timelines of the main characters. The easiest way to keep the timelines in an order that makes sense to you is to realize that Geralt and Yennefer’s stories are in the past (as they both have unnatural aging) and will eventually meet up to Ciri’s storyline which is the present.

In addition to the overall plot and lore of the show, refreshing monster designs deriving from Slavic and Polish folklore help drive the fantastical creature battles. The monsters and various fantastical races in the show range from prosthetics and makeup to a mix of CGI or full CGI. Fans of the books and games will delight in the appearance of and references to such creatures while new fans will be intrigued by their uncharacteristic features. Subverting the fantasy genre even further, the series has received positive reviews for its writing and representation, particularly in casting many non-white actors and fleshing out the female characters that challenge traditional tropes and power dynamics.

With outstanding performances from the entire main cast, The Witcher fills the void that Game of Throne’s lackluster final season left in our hearts and our screens. Henry Cavill, in quite possibly his best role yet, captures the grizzled charm of Geralt of Rivia through his love for the source material. From the voice and personality to the breathtaking sword-fighting sequences, Cavill was perfectly cast and brings Geralt to life in this new medium.

Furthermore, Anya Chalotra’s performance as Yennefer is both powerful and compelling. Yen’s story in Season one is new content created just for the show which delves into her previously nonexistent backstory. Chalotra makes Yennefer’s journey from broken and powerless to confident and powerful largely believable and entertaining.

Another notable performance is that of Joey Batey as Jaskier, who is arguably the best representation of a bard and the best book character adaptation to ever grace the tv screen. His character adds humor and levity to what might otherwise be a bleak setting. He hits every mark and every note with enthusiasm. Thanks to his performance, you’ll easily have “Toss a Coin to Your Witcher” stuck in your head.

The Witcher is a fantastic adaptation so far and is a wonderful example of how stories and characters can find new life across different mediums. I found that the characters were memorable, the episodes were enjoyable, and the timelines ultimately converge in a satisfying manner. The differences in the timeline will by no means derail or curtail overall enjoyment. Structure aside, the show’s overall story and elements provide a fantastic, dark, and humorous experience.

This season is ultimately a prologue to the story to come and serves to establish the protagonist trio and the world they inhabit. The season was not only extremely binge-able, but each episode is better than the last. The show doesn’t fall flat at the end or lag in intrigue or action. Upon my first viewing, I watched the entire season in one day. On my second viewing, in which I only intended to watch episode by episode to review one by one, I found myself completing the season again in a day.

As we have seen, sales for the already critically acclaimed books and games have sky-rocketed after this season, and for good reason. With a full heart, I say “toss a coin” to this Netflix series! 4 out of 5 Bardic Ballads! I can’t wait to see more of the world, quests, and characters in Season two! 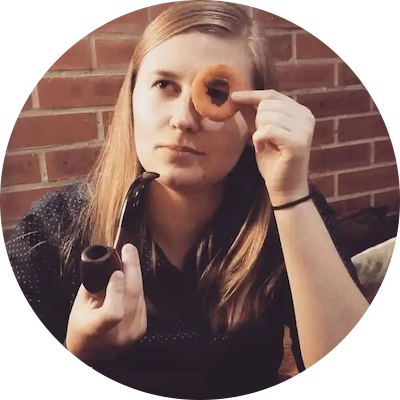