A Pint and a Pickled Egg - The Gentleman Review 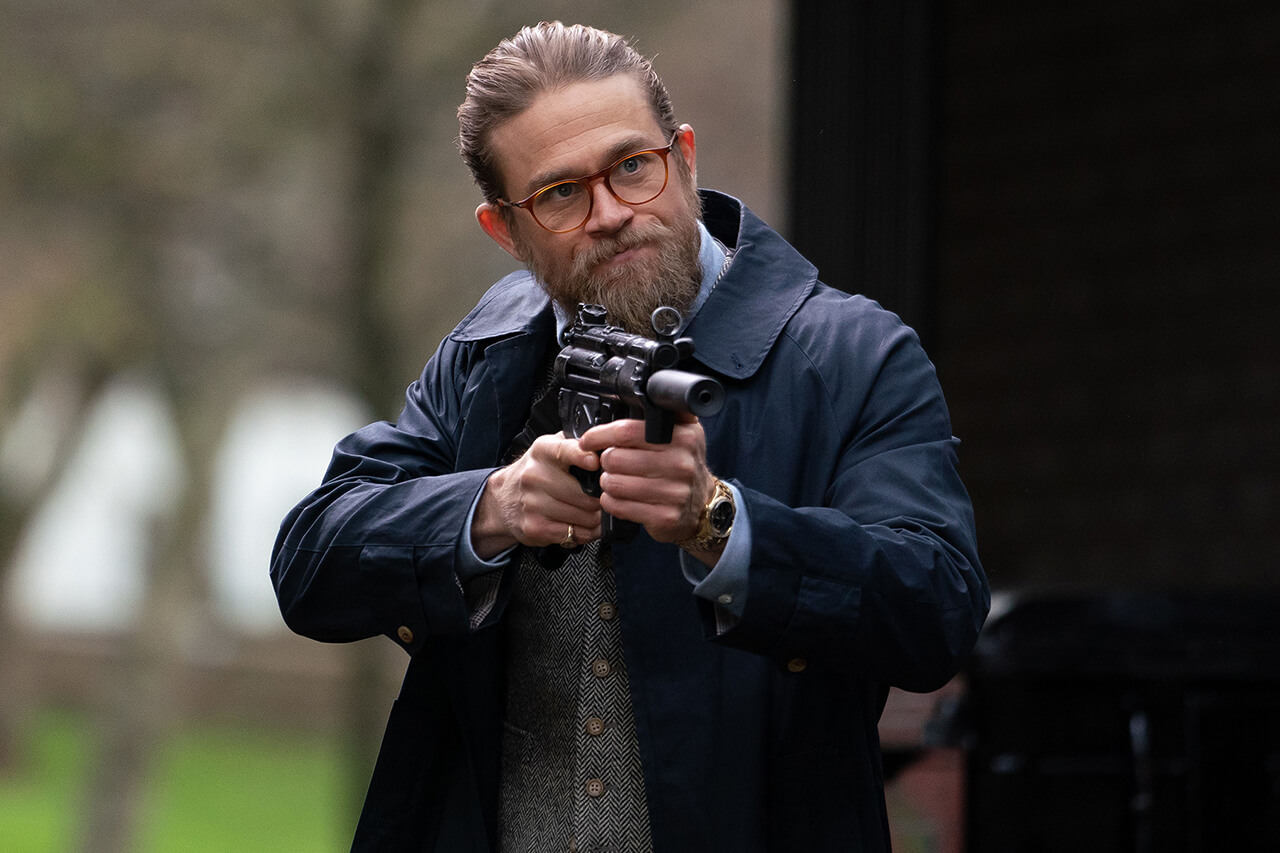 Guy Ritchie certainly has made a wide variety of films. It’s not often you can say the same person who directed films like Snatch and Lock, Stock, and Two Smoking Barrels also directed the live-action remake of Aladdin. For Ritchie, The Gentlemen is a return to form, both in the familiar backdrop of London, and the organized crime that takes place there. Brought together by yet another all-star ensemble cast, The Gentlemen is a decent enough film but unfortunately takes a little too long to get going.

Starring Matthew McConaughey, Charlie Hunnam (Sons of Anarchy), Michelle Dockery, Colin Farrell, and Hugh Grant, The Gentlemen follows McConaughey’s Michael, or Mickey for short, a self-made Marijuana kingpin who happens to control the entire weed game in London despite being an American. Looking to get out of the game and sell the business, Michael’s decision sets the film on a path of blackmail, murder, and kidnapping. If I didn’t know any better, I’d say this was a Guy Ritchie film…

That setup certainly makes the film sound like a wild ride, right? Unfortunately, the first 30 plus minutes of The Gentlemen keeps the gear in neutral, as Hugh Grant’s Fletcher, a sleazy reporter for a sleazy newspaper, lays out his plan to blackmail Michael out of $20 million.

This is unfortunate because Hugh Grant does such a good job as this character. It’s the type of role we’ve never really seen him play, and is almost unrecognizable in his sunglasses and lower-class English accent. Grant has become so well known for playing, no pun intended, the proper gentlemen in his wide array of films, this was very much a breath of fresh air, as he played a truly horrible person here.

When the film finally does pick up, it’s because Guy Ritchie does what he does best, telling a story with violence and comedy. Some of the best moments in the film come from the always amazing Colin Farrell, who plays a boxing coach who trains trouble London youth.

One of the highlights in the film is Farrell’s introduction, which takes place in a typical London fast food joint. A gang of punk kids attempts to intimidate the coach, not realizing the mess of a situation they’ve gotten themselves in. The Coach proceeds to teach each of the kids a lesson in humility, before they run out with their tails between their legs.

"I'm not a gangster, but i've been forced to do some gangster things." - The Coach

And that’s the best part about the Coach character: he’s not a bad man. Unfortunately, the kids he trains have inadvertently gotten themselves caught up in the bigger picture of the film, forcing Coach to reluctantly get involved to pay off the damage his fighters have caused. This makes for some of the most entertaining scenes in the film.

While McConaughey’s Mickey is the focus of the film and does a good enough job, Ritchie may have taken a little bit too much source material from the ever so present Lincoln commercials McConaughey stars in, as the character gives off that laid back yet snobby, “I drive a Lincoln,” vibe. When his character is most effective is either when confronted with an unfavorable situation where he has to let loose, or beside his equally formidable wife, Rosalind.

Known as the Cockney Cleopatra, Michelle Dockery’s Rosalind is quite possibly more ruthless and fun to watch than her on-screen husband. Best known for her role as Lady Crawley in Downton Abbey, Dockery is fantastic at playing a ruthless businesswoman who, unlike so many other mob wives portrayed in film and television, actually comes off as Michael’s equal, while also supporting her husband’s nefarious deeds.

Charlie Hunnam also shines, if not just a little overshadowed by the rest of this cast as Michael’s fixer, Raymond. A calm, proper man, very sure of himself, Raymond prefers to use his words and etiquette over violence. When he does have to draw a weapon or resort to some old fashioned fisticuffs, it’s with disdain and hesitation. Much like Hugh Grant’s Fletcher, this was a breath of fresh air for a character type that is usually just, ‘punch this, shoot that.’

Where The Gentlemen falls flat is ultimately is with its villains. Mathew, played by Jeremy Strong, comes off as weak, flat, and straight-up boring throughout the entire film. It’s hard to tell if Strong simply doesn’t have the acting chops, or if the character was just written poorly. It also seems like an odd choice to have both an American protagonist and antagonist in a film that is so very much about London.

On the other hand, Henry Golding’s (Crazy Rich Asians) Dry Eyes is a villain worth hating. He’s got everything you love to hate in a bad guy: overconfidence, charm, and brutality. Unfortunately, he’s forced to share screen time with Mathew, who more and more seems to be a useless character in the film, planted there by Ritchie simply to keep the viewer guessing.

Ultimately, the film’s weaknesses don’t stop The Gentlemen from being an enjoyable film, that’s if you can stay awake during the first 30 minutes. At the end of the day, it doesn’t compare to Ritchie’s other films of the genre like Snatch, and in all likelihood, won’t be remembered for much after its initial theatrical run. If you’re able to catch it before it leaves theaters, I’d say it’s worth seeing, but not much else. I’m downgrading my score given in our most recent episode from 3.5 film reels to 3.