I Am One With the Force: The Clone Wars Final Season Review 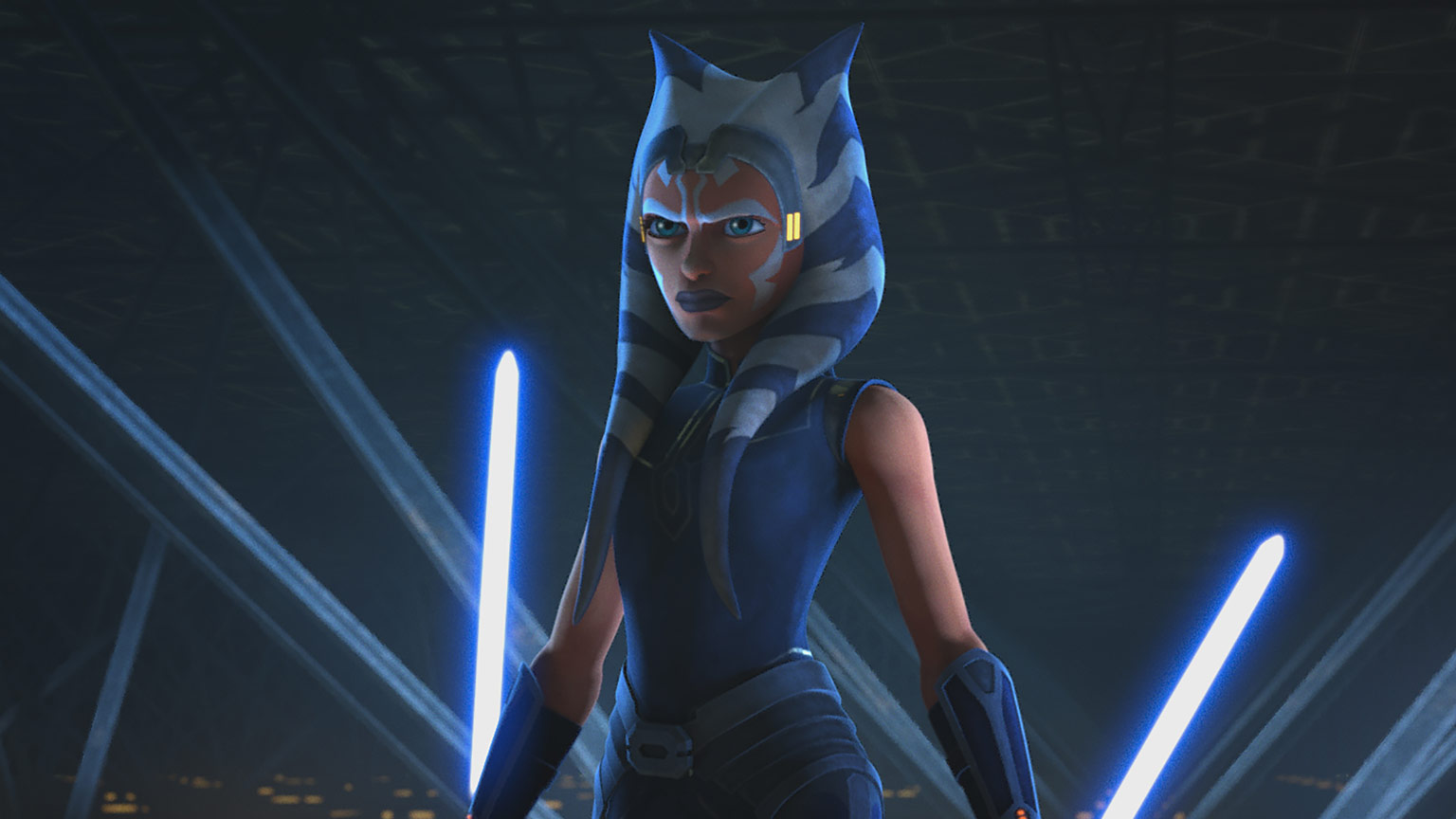 You can change who you are, but you cannot run from yourself...

Early on, when the final season of The Clone Wars was announced for Disney+, I rightfully assumed that the series would be using the weekly model instead of the Netflix binge model. I assumed correctly. So instead of watching the premiere when it was released, I somehow remained patient over the past twelve weeks, and finally, starting at about 9 p.m. last night, sat down for the final 12 episodes. Simply put, The Clone Wars final season is the best Star Wars next to The Mandalorian over the past five years and is the pure, perfect embodiment of the franchise.

Season seven of The Clone Wars finds the Republic and its clone army in a harrowing predicament. The Separatists have managed to push back the clones on multiple key strategic fronts, and Captain Rex has taken notice. The strategies being used by the droid armies are reminiscent of Rex's own clone tactics. Needing a way to get behind enemy lines to solve the mystery, Rex and Cody are given "command" of Clone Force 99, or "The Bad Batch," a group of clones with desirable defects.

Amid these strange tactics and defeats during the Outer Rim Sieges, Anakin finds it increasingly more challenging to hide both is marriage and communication to Padme a secret, with Obi-Wan more silently disapproving than anything else.

Meanwhile, back on Coruscant, Ahsoka struggles to find a path outside the Jedi Order. Making her way into the underbelly of the city-planet, the former Padawan stumbles upon Trace Martez after crashing her speeder in her repair shop. Befriending the young mechanic and would-be pilot, Ahsoka gets caught up in the smuggling business, reluctantly signing up for a spice running job with Trace and her Han Solo-like sister, Rafa.

During her time with the Martez sisters, Ahsoka struggles with the question of hiding her Jedi abilities or fully embracing her path with the Force. Her decision to leave the Jedi Order is tested, especially when the trio comes up against the Pikes. Ultimately, Ahsoka cannot escape her destiny and her need to do good and is offered the chance to capture Maul by Bo Katan (Katee Sackhoff) of Mandalore.

Reunited with her old Master and her trusted lightsabers, Ahsoka sets off on one final mission, all while the galaxy is forever altered by the events of Revenge of the Sith.

To say that the seventh and final season of The Clone Wars is a perfect balance of comedy, adventure, fun, and despair would be an understatement. Dave Filoni and his team have somehow managed to produce a near-perfect season of television and an animated television series no less. Opening the season with Rex and the Bad Batch was a great way to ease viewers in for what was ultimately some of the most intense and moving moments in Star Wars history in the show's final four episodes.

Having these four unique troopers join the ranks with the "regs" as they call them was fun. It felt like any war series or film when the special ops team has to play nice with the regular grunts. And almost all of the Bad Batch were enjoyable characters, save for Wrecker, whose voice acting was needlessly over the top and just way too comical. Any time he had something to do, it took me out of the moment. Of the four troopers, his was the least believable.

Luckily, Wrecker isn't bad enough to ruin this four-episode arc, as it also focuses on Anakin's relationship with Captain Rex, who is at this point not just another clone, but a dear friend and confidant to the Jedi. Over the years, Rex has had Anakin's back, and when it's finally time to return the favor, Anakin helps his friend find a fallen comrade without question.

On the subject of relationships, I'm trying to stay as spoiler-free as possible, but season 7 made a couple of small, but important retcons to Revenge of the Sith, and the prequel trilogy as a whole. One of these, I feel, is more important than others. In RoTS, it is implied near the end of the film that Obi-Wan was aware of Anakin and Padme's relationship.

In episode 2, "A Distant Echo," it is heavily implied that Obi-Wan was quite aware of Padme and Anakin's relationship. After catching Rex stand guard for Anakin as the two had a holo-conversation, Obi-Wan straight-up asks Anakin if he said hello to Padme for him. The look Anakin gives Obi-Wan is both a mix of "fuck you" and "thank you for keeping my secret." Even though The Clone Wars keeps true to the series animation style, the technology has come a long way, and the looks and emotions able to be conveyed leave almost no question during this scene.

I only bring this up specifically because I think it's significant for the continuity of Star Wars. It would make perfect sense for Obi-Wan not only to know but also to keep it a secret. The Clone Wars earlier seasons explore Obi-Wan's own complicated relationship with the Duchess Satine of Mandalore. In fact, in some prequel trilogy novels, there are other Jedi who have secret relationships that the Jedi know about but choose to ignore. The point is, Jedi were dating, and forming families, and like many other things, the Jedi Council decided to turn a blind eye.

Speaking of turning a blind eye, the council did not do much to dissuade Ahsoka from leaving the order after her false treason conviction. Out of the two arcs that get us to the final four episodes of The Clone Wars, Ahsoka's adventures with the Martez sisters were the least entertaining. Even still, these filler episodes offer some of the season's more lighthearted moments before getting to the heavy-hitting final act of The Clone Wars.

My biggest issue was with the Martez sisters themselves. Neither Trace nor Rafa are very likable characters. While Trace becomes quick friends with Ahsoka, Rafa immediately is suspicious of her. Despite being explained in exposition, the distrust still seems very forced. Yes, this arc helps remind Ahsoka that life in spice trading is not for her, but I'm not sure it needed four episodes alongside two poor-man Han Solos. That all being said, it's not as important as to how Ahsoka got back on her path, just that she does get back on it.

And that leads to the final four episodes of The Clone Wars, which along with the live-action Mandalorian series, is the most well thought out Star Wars arc in the past five years. In this final act, which even does away with the typical Clone Wars fanfare and replaces it with something much more cinematic, we witness Ahsoka's reunion with Anakin, and the much talked about Siege of Mandalore. These events lead to Ahsoka and Rex, along with Bo Katan, hunting for Maul, and a lightsaber duel that rivals anything we saw in the sequel trilogy. That's coming from a cartoon. Let that sink in.

Ahsoka duals Maul during the Siege of Mandalore.

What happens in the final two episodes of The Clone Wars is best-left spoiler-free entirely and for you to witness without much knowledge going into them. All you need to know is that the events of these final 40 minutes coincide with the events depicted in Revenge of the Sith. They will leave you on the edge of your seat and tears in your eyes. I have not been that emotionally connected and enthralled with something Star Wars since the "Twin Suns" episode of Star Wars: Rebels.

The seventh and final season of The Clone Wars delivers a linear and well-thought-out finale that packs a more emotional punch and connection than anything the sequel trilogy has to offer. It is a worthy addition to both Star Wars lore and the Clone Wars series as a whole. As my friend and host of Geeks With Kids Erik put it, [Ahsoka] is the heart and soul of Star Wars now. I couldn't agree more. Season seven of The Clone Wars is now streaming on Disney+. Listen to our 60th episode a week from tomorrow, where we review the season in length.