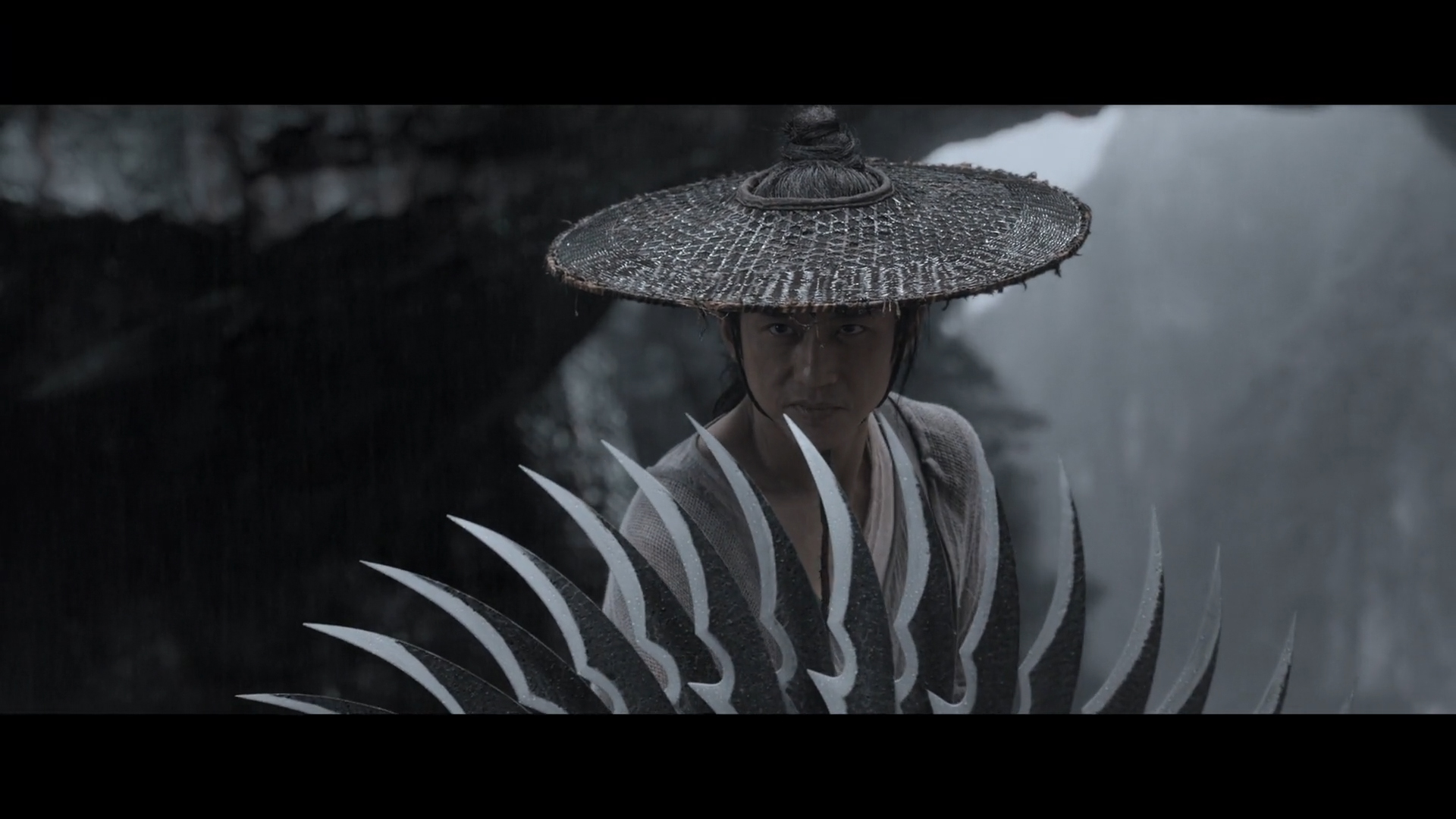 "Some things don't have a right or wrong. What's done is done..."

So here we are! The last few days of March, which means we must say farewell to Martial Arts March. You may have enjoyed these looks into some foreign films you may have either not thought about for a while or never heard of, but I had a blast watching these movies and may very well do this again next year.

I'm always interested in seeing the world through someone else's eyes, and these movies have given me some real entertainment not just as Martial Arts movies but Drama, Comedy, and everything in between. Having said that, let me close out Martial Arts March by going back to the guy who got us started there, Zhang Yimou.

I've already spoken about Zhang Yimou in my review of his movies Hero and Curse of the Golden Flower, however, I wanted to take a look at his most recent film, and that is 2018's Shadow.

Shadow is a unique movie in terms of its visuals. I can't recall the last time I saw a film that looked like it.  Shadow at times almost seems as if it is in black and white, but it's not; the entire movie is awash in rain and heavy with black, whites, and grays. The Setting as a whole looks like it was painted with ink, and the film's visuals won't leave you for a while after watching it.  Curse of the Golden Flower was bright and colorful, which helped hide the ugly motivations of the characters within, while Shadow fully embraces the ugly and allows its characters to move within that inky darkness. 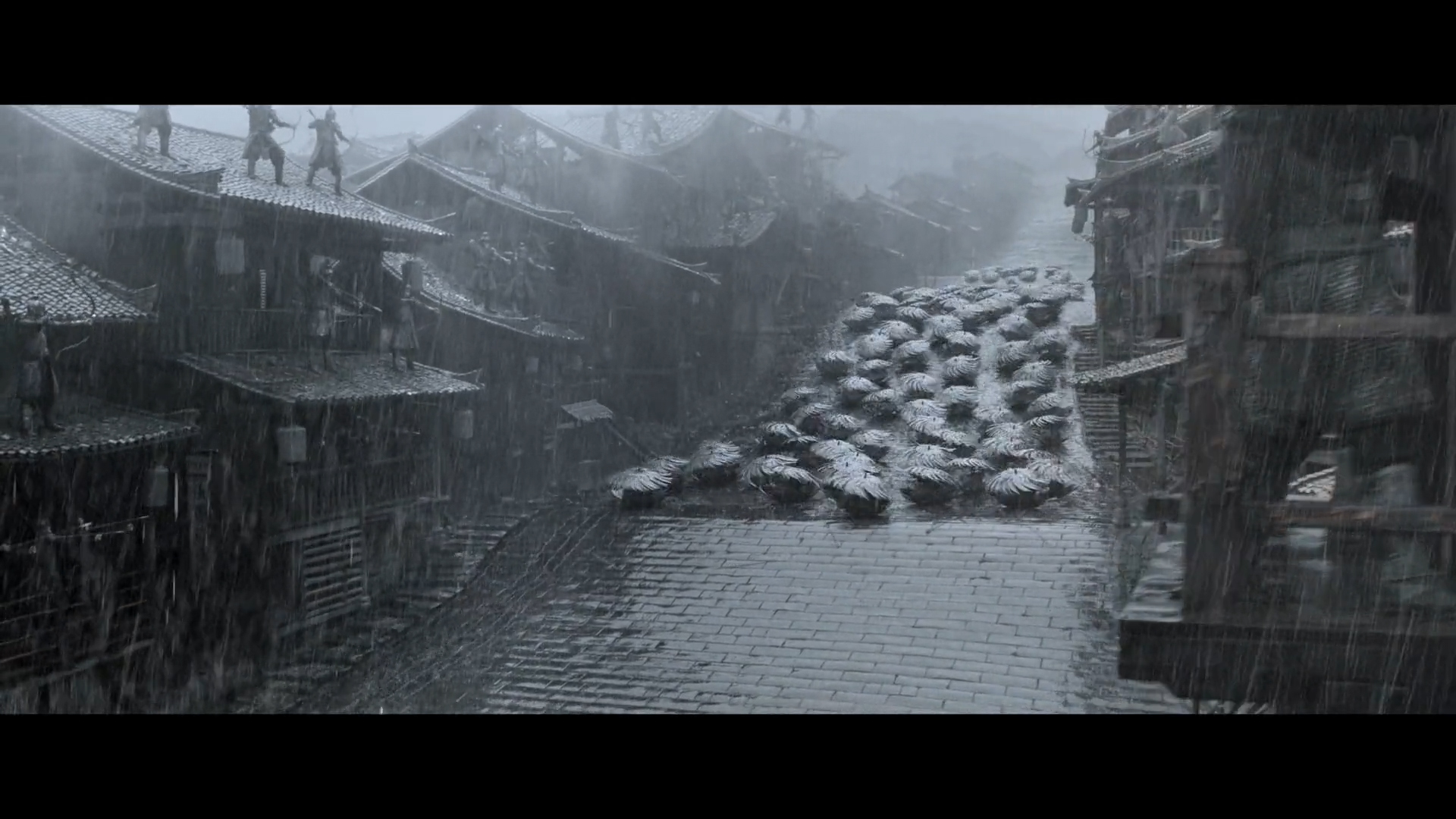 Shadow takes place during a time when there are three major Kingdoms warring for control of a city that the subtitles refer to as Jing City. Some things I've read call it Jingzhou, but we'll stick with Jing since the movie calls it that. There are three Kingdoms: the Yan, the Pei, and a third unnamed Kingdom. The Yan and Pei join forces to defeat their common enemy, and in doing so were able to wrest control of Jing from their foe.

However, the Pei Commander challenged the greatest warrior from the Kingdom of Yan, Yang, to a personal duel to decide which Kingdom shall rule the city. The commander loses, badly, and the Kingdom of Pei has yearned to wrest control of the city from their "ally" who have occupied it for 20 years.

The Pei, ruled by their cowardly incompetent King, goes out of his way to placate the Yan to the point of insult. Meanwhile, no one but the wife of the commander is aware that he is not really who he appears to be, and is actually the "shadow" of the commander named Jing. Jing was raised since he was a boy to help ward off assassination attempts on the commander's life (think Saddam Hussein's lookalikes).

However, after losing his duel with Yang, the commander's mind and body begin to deteriorate. In public, the commander is healthy, confident, and capable. In actuality he is a mere "shadow" of his former self.

I have to give a ton of credit to Deng Chao in this movie. He has to play both the role of the commander and Jing, and he does it expertly. The commander is a broken shell of a man, angry and desperate to enact his plan to seize back control of Jing City. Jing in public must be sure in his abilities while walking the fine line of having no one discover who he is lest everyone be executed, including the commander's wife, played by Sun Li.

Sun Li does an excellent job of showing that she is developing affection for the man who pretends to be her husband in public while trying to care for the actual man in private. The King of Pei, Zheng Kai, also does an admirable job being the slimy and cowardly King who is willing to sacrifice anything to keep what he thinks is peace. Guan Xiaotong is the King's sister who supports the commander (Jing) and what he is attempting to do against her brother's wishes.

Jing is also attempting to train with the commander in preparation for his duel against Yang, whose technique renders him almost invincible.

Shadow's claim to fame is that it has one of the most unique weapons I've seen in a modern-day: Bladed metal umbrellas. Ridiculous, right? 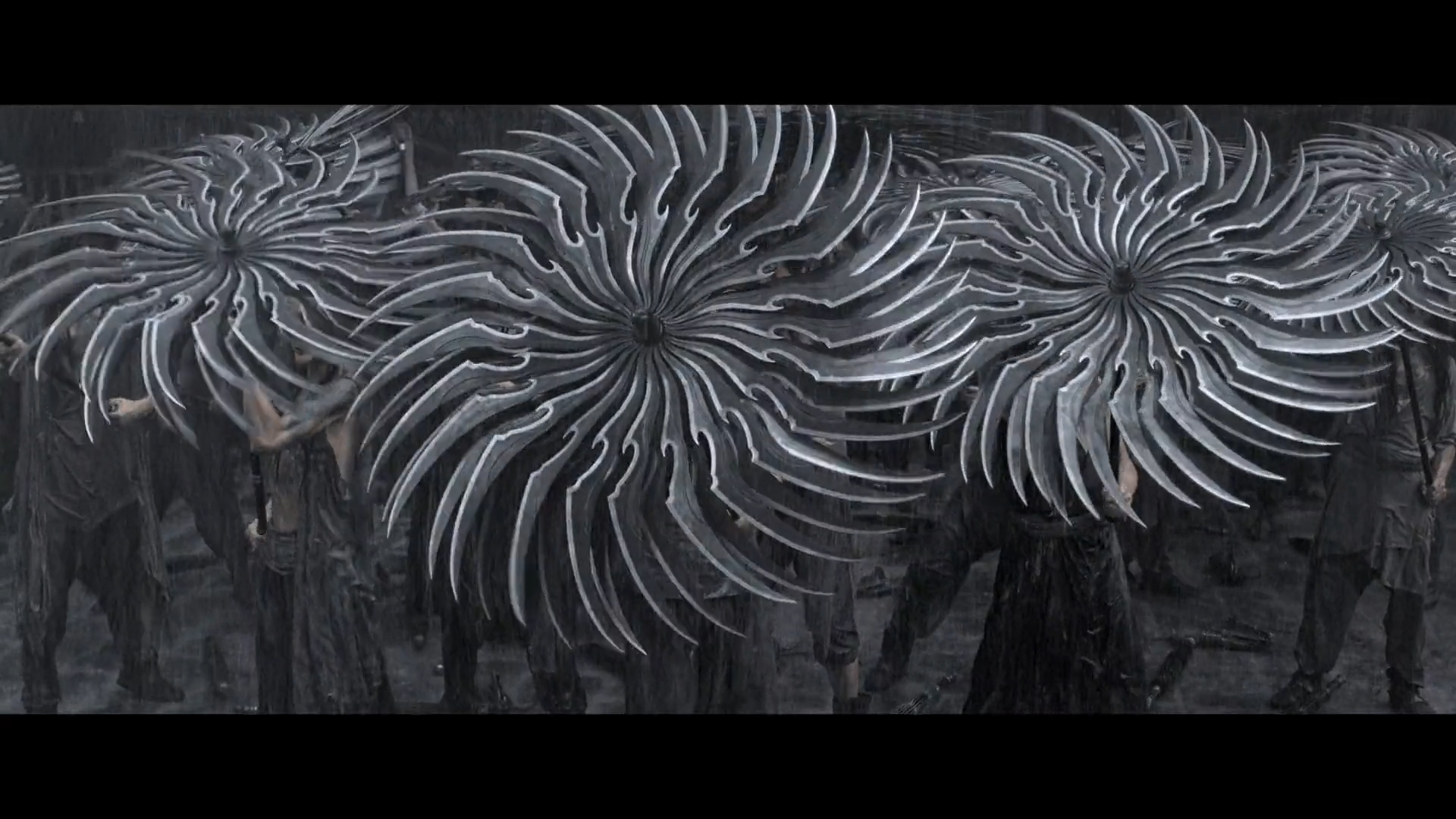 Make no mistake, I laughed at the idea at first but damn if it isn't impressive to watch people fight with these things. There is no way in reality that they would do even half the things they're able to do with them in the movie, but I will admit I was enthralled watching Jing fight Yang with the damned thing, not to mention the battle scenes where they are used. 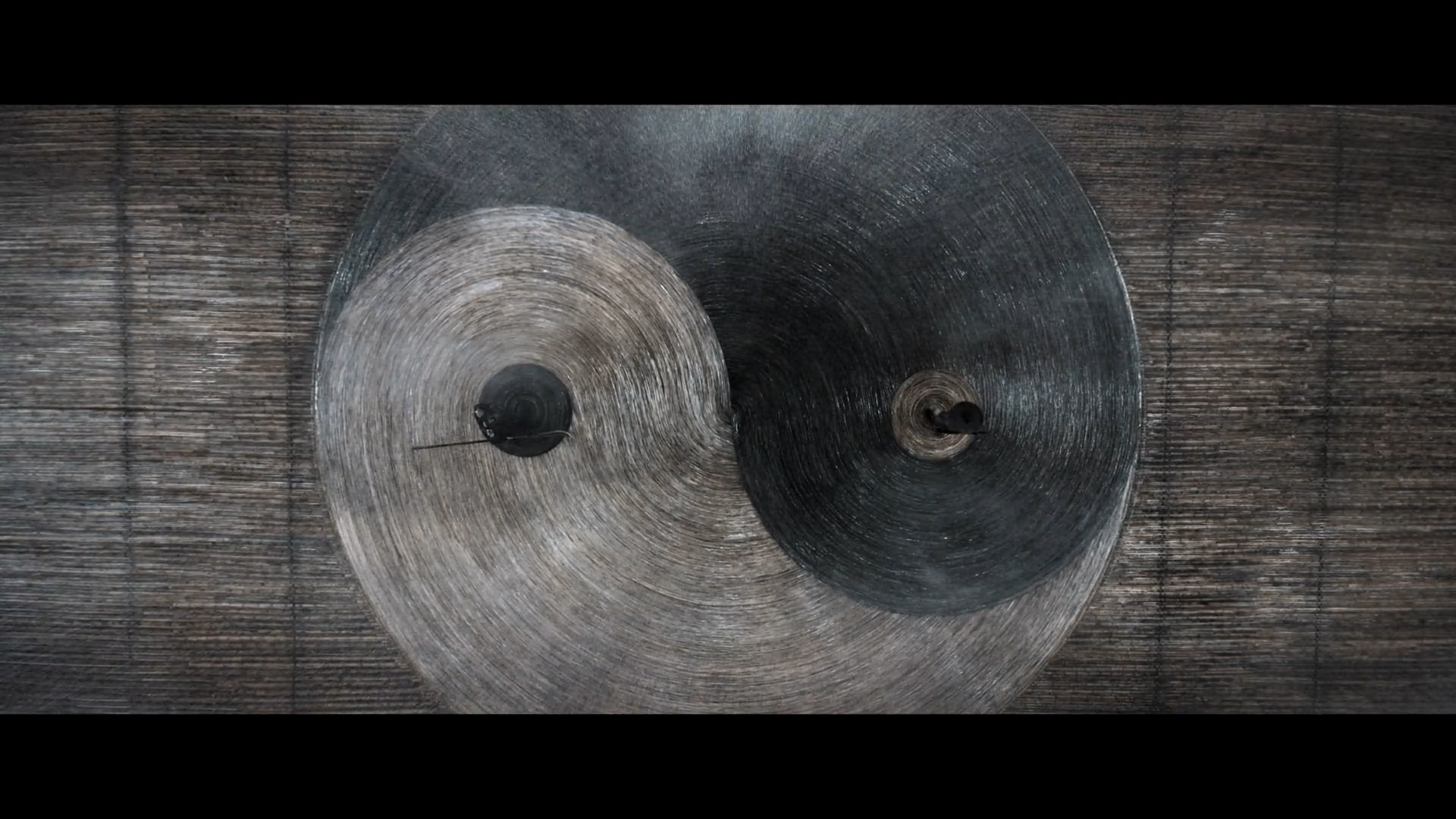 While I love Deng Chao's role as both The Commander and Jing, I feel that the movie sometimes has a bit of difficulty in having them both in the same shot. One glaring example of this is when the commander uses a knife to cut open Jing's shoulder in the same way he was wounded during his duel with Jang. It looks a little too unreal for me, and I think it could have been shot or edited a bit better.

All in all, Shadow is worth the price of admission. Its visual style isn't one you forget, and the acting of the characters, Deng Chao, in particular, is a highlight. Without a "Shadow" of a doubt (channeling my inner Brittany), I'd recommend Shadow to people and tell them to give it a try.