Make it So! Picard Engages Again! 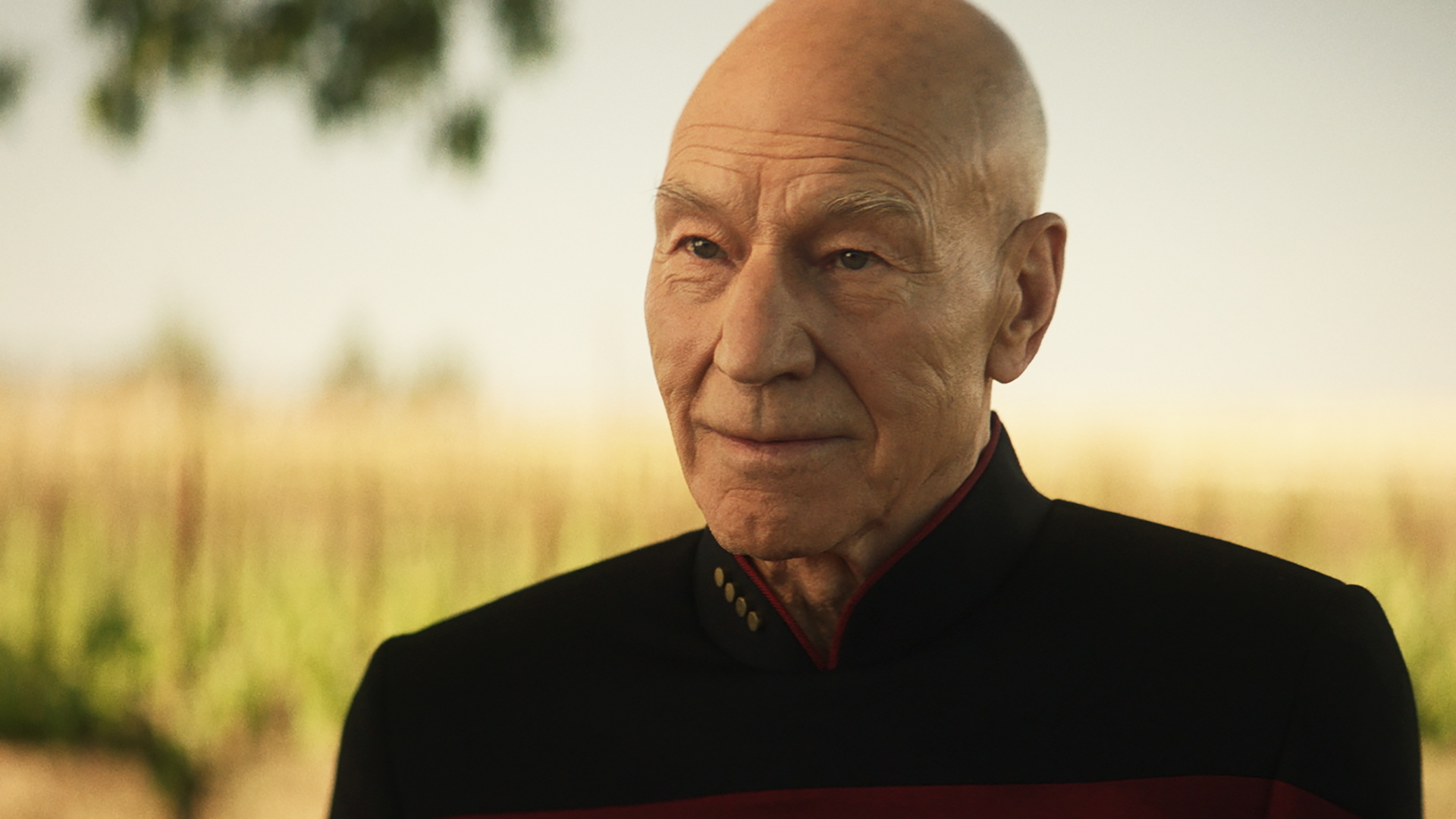 There's No Legacy as Rich as Honesty

To say that Star Trek: The Next Generation, really all Star Trek, had a profound impact on my life would be an understatement. I won’t get too deep, but the continuing missions of the starship Enterprise not only sparked my imagination but got me through some rough times as a kid. After seven seasons and four feature films aboard the Enterprise D and E, no fan of the series ever imagined they would have the opportunity to see Captain Picard or any of the crew of the starship Enterprise ever again on a television or movie theater screen.

That was my train of thought during my entire first viewing of the Picard premiere episode, “Remembrance;” that Patrick Stewart, Jean-Luc Picard himself was back on my tv screen. For 46 plus minutes, it was like being a kid again.

Set 18 years after the events of Star Trek: Nemesis, Jean-Luc Picard is no longer a Starfleet Captain or a Starfleet Admiral. No, instead, Jean-Luc is living out his days on his family’s vineyard with his friends Laris and Zhaban and his trusted dog, Number 1. Haunted by the attack on Mars by rogue synthetics, which led to Starfleet abandoning the relocation of the Romulan people after the sudden destruction of their planet, and his resignation from his command, Picard’s sole comfort is within his dreams, in the company of Commander Data aboard the Enterprise.

After an interview on the anniversary of the Romulan Supernova where the former Captain is grilled about his decision to not only use Federation resources to relocate the Romulan people but his decision to retire after the relocation effort was abandoned, receives a visit from Dahj, a mysterious young woman who has an impossible knowledge and memory of Picard, that only those closest to him should have. This sets Picard on a path of adventure and consequences, while also opening a proverbial Pandora’s Box into the question of not only Data’s soul but the future of synthetic lifeforms.

Most reviews go right into the actual meat of the episode, but the first thing I want to touch on before anything else is just how much Jeff Russo nailed the opening theme for Picard. It automatically lets the viewer know that this is a Picard show, not a Next Generation sequel. The soft flute opening is reminiscent of the one used in the Picard heavy TNG episode, “Inner Light,” and it’s only in the last few seconds of the opening credits that we finally hear just a hint of that familiar TNG theme.

Something also struck me, and that was some small hints of musical cues from the final Next Generation film, Nemesis, which would make sense given Picard’s deep emotional trauma dealing with the death of Data at the end of the film. Jeff Russo has proven his composing chops on Star Trek: Discovery already, and it looks like he’s not going to miss a step as he also takes on Picard.

If TNG taught us one thing about Jean-Luc Picard, it’s that he surrounds himself with good people, and has always been an excellent judge of character. That’s why it comes as no surprise that he is not living alone on Chateau Picard (No, I’m not forgetting about Number 1), but instead keeping the company of two Romulans who not only help run the vineyard but are fiercely loyal to Jean-Luc. Michael Chabon and Akiva Goldsman did an incredible job writing Laris and Zhaban as so much more than just ‘the help’ or ‘friends.’ They feel like an extension of Picard, like his family, something he never really believed he would ever have. My hope is that they don’t go by the wayside when Picard finally ventures back onto a starship.

Earlier, in the synopsis, I talked about an interview gone wrong where Picard was pressed to talk about his retirement from Starfleet, something the reporter was explicitly told not to do. In the scene when the reporter tries to compare the scope of the Romulan relocation to the Pyramids, there is this great exchange, and so much credit to both Merrin Dungey (Interviewer) and Patrick Stewart, where Picard says, “If you want to look for historical analogy - Dunkirk?” The interviewer then just plainly says, “Dunkirk…” and Patrick Stewart just looks down, sarcastically smiling while closing his eyes. He clearly knows that not only does this reporter have zero knowledge about Dunkirk, but that he is very much a part of a dying breed of civilization that actually cares about retaining history.

When the Reporter finally asks the forbidden question about his retirement, Picard instantly goes into Captain mode, another brilliant piece of acting from Sir Patrick, as he puts her in her place.

“Remembrance” is full of these masterfully acted character interactions. Every scene Patrick Stewart has with Isa Briones (Dahj) is a treat to watch. Picard has this warmth that he turns on when he first meets her that is a mix of both his former life as Captain of the Enterprise, as well as his new life where is basically just a man to put it simply; a man who’s best years are certainly behind him.

Then there are the two dream scenes with Data, one on the Enterprise-D, the other in the vineyard. There’s no other way to say it other than the old trope: It’s like Brent Spiner never stopped playing Data. The man has not lost a step. I don’t care if they were fan service or not, those two scenes were such a pleasure to watch, and I truly hope that’s not the last we’ve seen of Brent Spiner or Data.

My only real complaint is the way Dahj was handled. Her first scene in her apartment with her boyfriend is a great setup for her character, and then every scene from then on she shares with Picard just immediately gets you invested in the character. Then for her to die, in what to me amounted to a meaningless death, didn’t sit right with me. Maybe it does set up Picard having to get to the bottom of her story, and the connection to Data, but I don’t know if she had to die. I know there are some theories that it was subterfuge on the Romulan’s part, and I want that to be true, but I don’t think that will end up being the case.

I could go on and on about the premiere. I’m looking forward to exploring Allison Pill’s Dr. Jurati character some more. I absolutely adore her as an actor. There’s obviously going to be the hunt for Dahj’s sister, Soji, currently aboard a Romulan Reclamation site, A.K.A, a Borg Cube, and the exploration of her relationship with the villain(?), Narek.

Needless to say, “Remembrance” leaves us itching for the next episode, and I can’t wait to see where the next couple of episodes go. I would go as far as to say it did a better job leaving me wanting more than Discovery did after its premiere. So yeah, I’m committed, ready to engage, and make it so! “Remembrance” gets a rare 5/5 film reels from me.