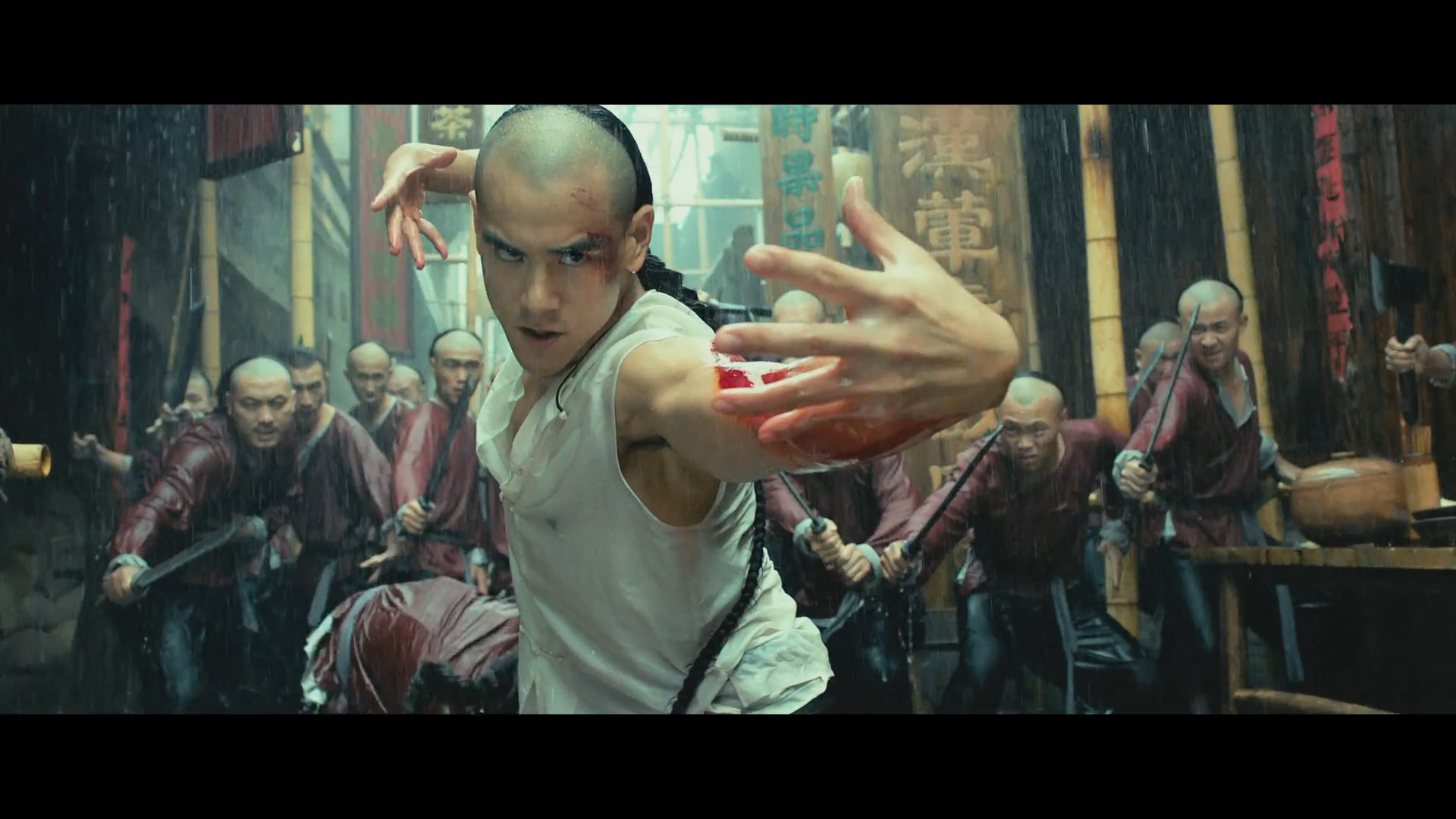 Think again! April Fools young students! Martial Arts March has one final attack to unleash upon you all, as I felt the need to squeeze in one last movie. Let's get right to it with 2014's Rise of the Legend.

Something I should note is that Rise of the Legend has ties to Chinese lore. One thing I've found very interesting over the past month is that many Chinese Martial Arts movies tend to tie heavily into folklore stories about real figures. Many people (myself included originally) think that many of these movies are just "Guy goes into some town/city/area and kicks a whole lotta ass," but in many cases, they are much MORE than that.

There is a real cultural significance in most of these stories, and researching these movies has given me a much greater appreciation of how vast Chinese history and mythology really is. Credit where credit is due to the directors, actors, the stuntmen who've made all of these movies.

Rise of the Legend ties to the legend of Wong Fei-hung, a historical figure of national renown in China. Wong Fei-hung is no stranger to Chinese cinema having been portrayed in over 100 films and numerous television shows. Even the trailer points out that the Wong Fei-hung hero was "Before Ip Man and Bruce Lee." Actors such as Jet Li (Once Upon a Time in China) and Jackie Chan (Drunken Master I & II) have portrayed Wong Fei-hung at various points in their careers. Suffice it to say, Martial Arts March was incomplete without me discussing a movie based on him.

Enough of all that, though. Let's get into the nitty-gritty of Rise of the Legend.

Rise of the Legend takes place in an era that, honestly, I wish more American cinema would explore, 19th Century China. The Qing Dynasty was still ruling but was facing challenges from the more modern foreign powers that were importing vast amounts of Opium into the country that got many addicted to it. Not to mention the amount of upheaval that was being wrought by the realization that China couldn't stand up to the foreign powers that had brought it low in two previous wars.

The film takes place during this tumultuous time in 1868. Wong Fei-hung, played by Eddie Peng, steps into the story, trying to join the Black Tiger Gang, which is headed by the ruthless Master Lui played by Sammo Hung. Sammo Hung is a name I knew before this, and let me just say, the guy has been in Chinese cinema since he was a child. He has worked on over 230 movies and was the fight Choreographer for Ip Man, so from the word go, he's got tons of cred with me.

The Black Tiger Gang is engaged in a turf war for control over the docks of Guangzhou with the rival North Sea Gang. However, Wong Fei-hung (who goes by Fei int he film) isn't interested in merely joining the gang. No, he wants to destroy it from the inside. Fei is revealed to be on a quest of vengeance against the Black Tiger for killing his father and taking away orphans that his father cared for. If you want to compare it to a movie you may have seen, think Gangs of New York.

Fei must first become one of the four "Tigers" of the Gang. This means that he is adopted by Master Lui and is considered one of the most trusted members within Black Tiger. But in doing so, he must figure out how to destroy the other "Tigers." They are North Evil (Jack Feng), Black Crow (Byron Mann), and Old Snake (Brian Siswojo); all three are disgusting human beings in their own way and present different challenges to Fei in his quest to destroy the gang.

Along the way, he becomes entangled in a love triangle with both Xiao Hua (Angelababy), a Courtesan, and Chun (Wang Luodan), a woman from his childhood. He also keeps in contact with friend and ally, Fiery (Jing Boran), who is enacting another part of their plan. The entire film isn't as complicated as I make it seem, and to the credit of the director, Roy Hin Yeung Chow, I never felt the plot was really lost to me.

Out of the cast, I do single out both Eddie Peng and Sammo Hung for particular praise in this movie. Peng has undeniable charisma, and Hung brought a menace that I thoroughly enjoyed in his role. Even when the two are fighting at the end, I never thought, "this is ridiculous," seeing Peng and Hung fight. It is a credit to both actors that the scene was pretty epic if occasionally bordering on the silly.

I will also highlight the sets for the movie. 1868 Guangzhou looks dirty, lived in, and I loved every minute of it. I'm always a sucker for realistic-looking sets that look like people actually live there, and Rise of the Legend gave me that and more.

Also, I haven't pointed it out until now, but Rise of the Legend makes you feel the blows during the fight scenes. The opening fight involving Fei and members of the North Sea Gang has tons of bone-crunching hits that sometimes made me wince. It was good sound editing and a little bit of camera shake that makes you think, "Yeah, that guy's jaw was dislocated from that punch," and Rise of the Legend does it better than most.

As for some negatives, I will say that the flashbacks did get a little tiring. After a while and I found it a little weird when a young Fei and Fiery seemingly get plucked out to be trained in Martial Arts by some random guy who appears out of nowhere and is never mentioned again. If it was explained, maybe I missed that part, but it seemed somewhat random to me.

All in all, I'm glad I was able to squeeze in Rise of the Legend to close out Martial Arts March. I wouldn't quite put it up to Ip Man's level of quality, but it certainly isn't too far off. If you've never seen it, give it a go, and you might just enjoy it.