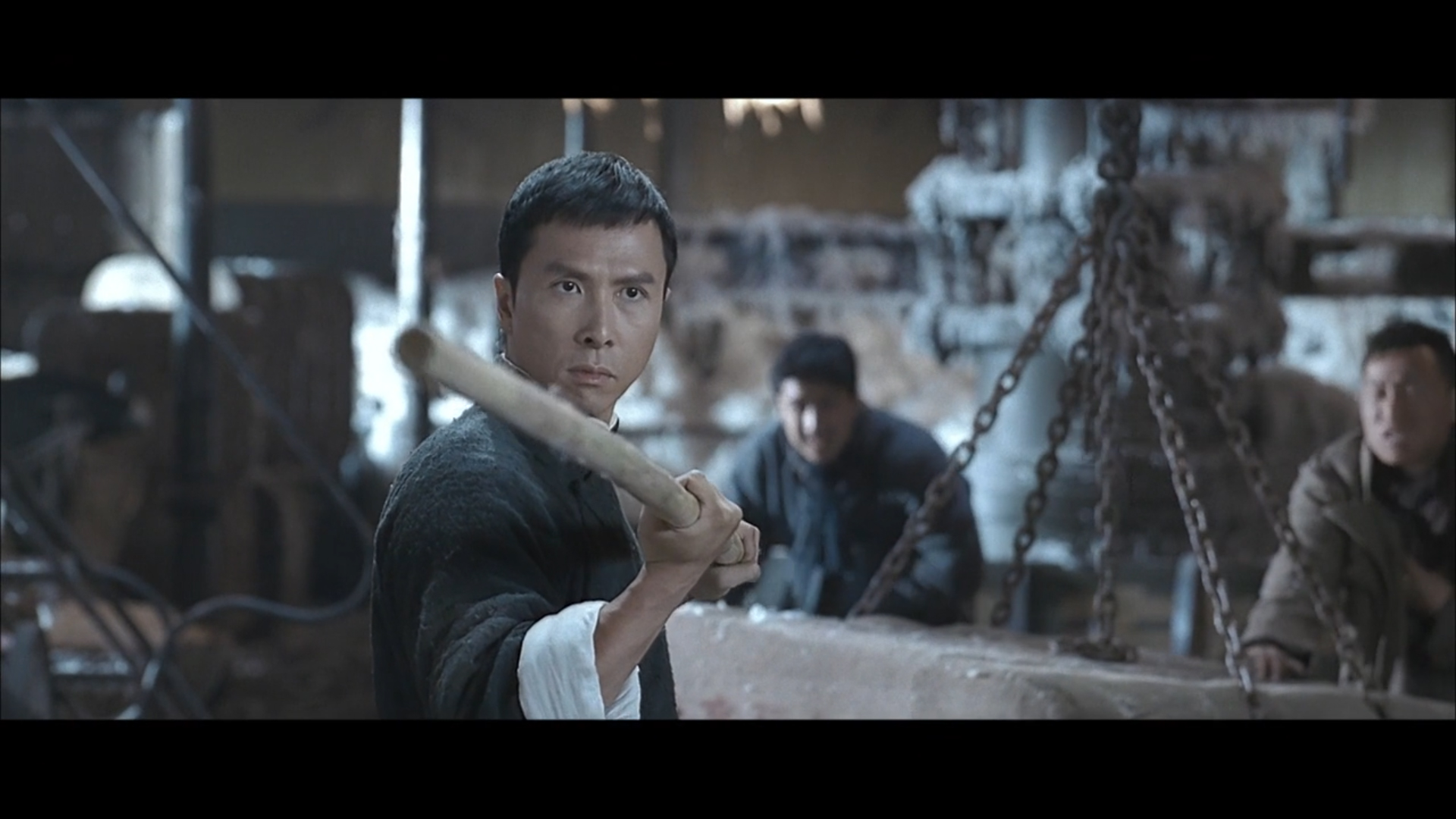 I had loosely heard of Ip Man some time ago but hadn't really given it much thought. With the advent of Martial Arts March, I felt that it was time to actually watch the movie, and I'm glad I did.

Ip Man is directed by Yip Wai-Shun, who has been around Chinese cinema since the mid-90s. Yip's claim to fame is the fact that he primarily collaborates with the star of the Ip Man films, Donnie Yen. Yen is pretty much a legend in Chinese cinema and has been around since the 1980s. He's enjoyed a small sliver of mainstream success with appearances in Blade II and, of course, Rogue One.

Ip Man also stars Lynn Hung as Ip's wife, Cheung Wing-sing. Hiroyuki Ikeuchi and Tenma Shibuya play the villainous General Miura and Colonel Sato, respectively. Louis Fan plays Kam Shan-chu, who is a Northern school rival to Ip Man. Many of the other supporting actors like Simon Yam and Gordon Lam are veterans of the Chinese film industry and have been around for years.

Ip Man starts off in 1935 in the city of Foshan. Ip Man, or just "Master Ip" to the residents of the city, is an independently wealthy family man who has been practicing the art of Wing Chun. What makes this film interesting is that Ip Man was an actual person. His greatest claim to fame is that he trained the one and only Bruce Lee.

During my research watching Ip Man and writing this article, I found that much of what happened during the Sino-Japanese War period of the movie was fiction. This doesn't bother me necessarily because Ip Man is attempting to tell the story of Ip's life, but in a way that's a bit more adventurous and fantastical.

Ip spends his days practicing Wing Chun using his Mu Ren Zhuang (loosely translated Wooden Dummy or Wooden Man Post), Ip lives a quiet life where he spars with people if they challenge him but always does so behind closed doors. The locals are aware that Ip is the best there is, but once in a while, a local master challenges Ip only to be beaten by him.

In fact, a good chunk of the opening of Ip Man is setting up Ip's humility and the fact that he never seems to really take any of these fights seriously, at least not in a way where he attempts to hurt his opponent. Even when he fights Kam Shan-chu, who is trying to prove the superiority of his Northern Style of fighting, Ip easily beats him and simply shrugs off the ramifications of defeating someone who bested all the other martial arts masters in Foshan.

Ip's quiet life is violently disrupted when, in 1937, the Japanese launch the Second Sino-Japanese War. When his house is confiscated by the occupying authorities, Ip and his family live in a small run-down apartment selling their remaining possessions to survive. However, things change when the commander of the occupying Japanese authorities, General Miura, invites the local masters to sparring competitions to test their abilities against Japanese soldiers. The movie uses the term "Japanese Kung Fu," but I would imagine that it was just a filler term, and the Japanese are using more of a Karate/Judo/Jujutsu style.

Ip, who is reduced to working at a mine, refuses to go with the Japanese. A friend, however, takes his place. When his friend challenges General Miura to a fight and refuses to acknowledge his defeat, he is eventually beaten to death. Ip doesn't know this, of course, until he volunteers to go the next day to find out what happened. There he witnesses another master take on three opponents and lose. The master is executed by the sadistic Colonel Sato (much to the anger of General Miura).

Ip, to put it mildly, flips the hell out, which leads to one of the best-choreographed fight scenes I've seen in a while. Those of you who've seen Ip Man know exactly what it means when Ip looks up at Miura and Sato and says, "I want to fight ten people!" 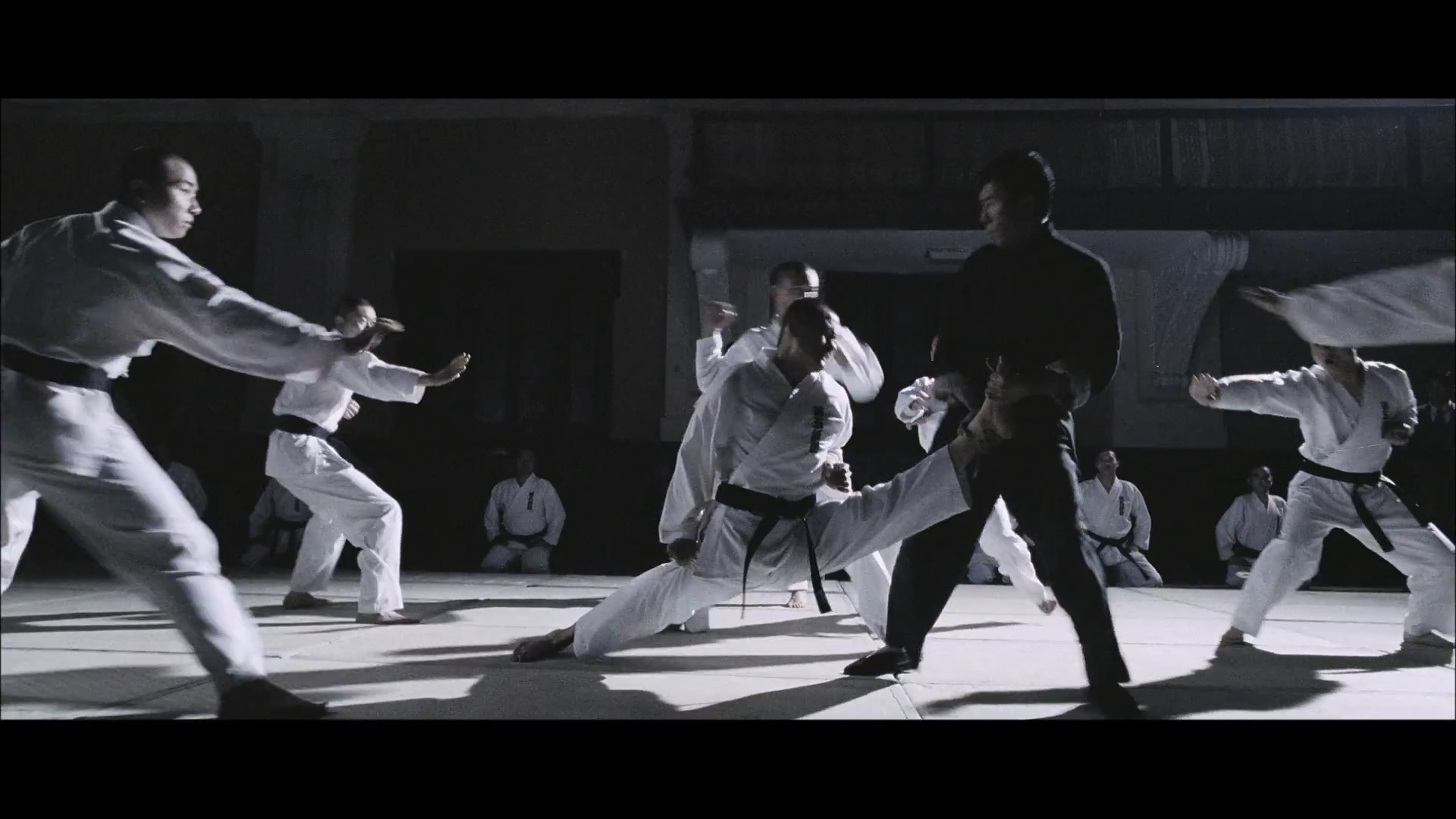 Spoiler: It does not end well for this guy

The movie builds towards a showdown between Miura and Ip which honestly is rather strange since Sato struck me as the more evil of the two. Don't get me wrong, Miura isn't exactly a "good guy." Still, he seems to have a grudging respect for the Chinese martial artists, and when Sato summarily executes one of them, Miura basically threatens to shoot him on the spot if he does it again.

Even during his match against Ip, Miura makes it a fair fight against Sato's wishes. However, Miura obviously believes he's superior to Ip (the Japanese were racist against pretty much anyone not Japanese) and believes that by beating Ip, he'll help pacify all of China. 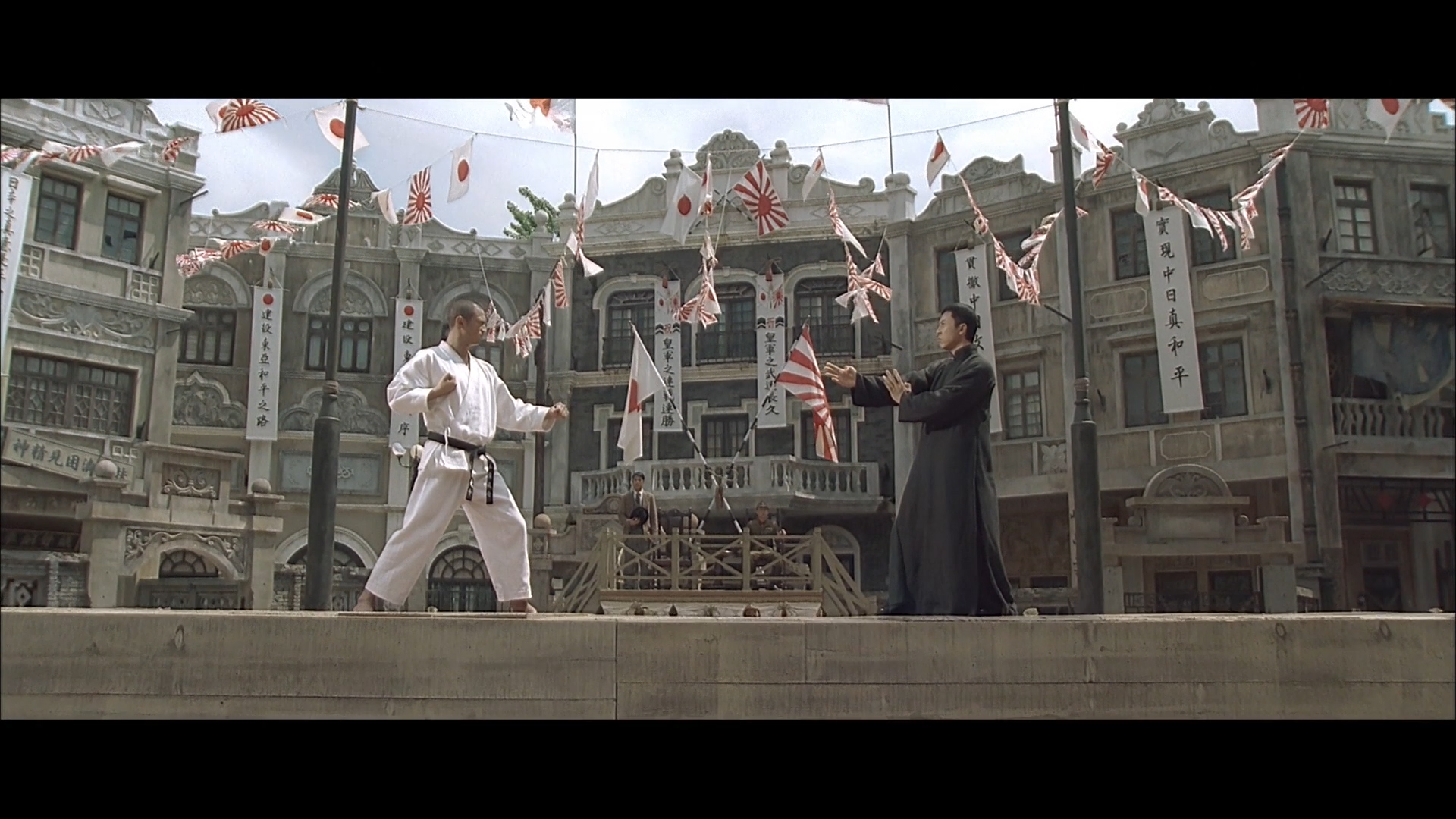 I should point out that the beginning of Ip Man is colorful and bright, but during the occupation period, the picture is drab and grey, which is a nice touch to show the darkness of the Japanese occupation suffocating typical day to day life.

The fight choreography is excellent, and it's a testament to both the skill of Donnie Yen and the fight choreographer, Sammo Hung. Yen's performance as Ip is also excellent as he brings a quiet dignity to the role that cannot be understated. Ip doesn't believe in violence, but when he does flip the switch, consider it flipped. Even when the audience knows that Ip is pissed off beyond belief, Yen's demeanor betrays slight hints, which would make sense when you have someone who has spent a lifetime mastering their body and mind.

Part of me wants to know what actually happened to Ip Man during the Japanese occupation, however that movie probably wouldn't be as enthralling as this one. If the events of the film even remotely happened in real life, Ip more than likely would have been killed outright. The Japanese weren't known for their kindness in dealing with the Chinese during the war.

While it's not exactly historically accurate, Ip Man is a fun ride and worth a watch to anyone interested in the genre. I should point out that it spawned a franchise with the fourth and final movie of the Ip series coming out in December of last year. There were also spin-offs like Master Z: Ip Man Legacy as well as competing movies about Ip such as The Grandmaster and Ip Man: The Final Fight. Basically, Ip Man is on his way to becoming modern folklore in China, and honestly, its something I'm interested in watching after seeing the first Ip movie.