How "Picard" Broke StarFleet and the Federation 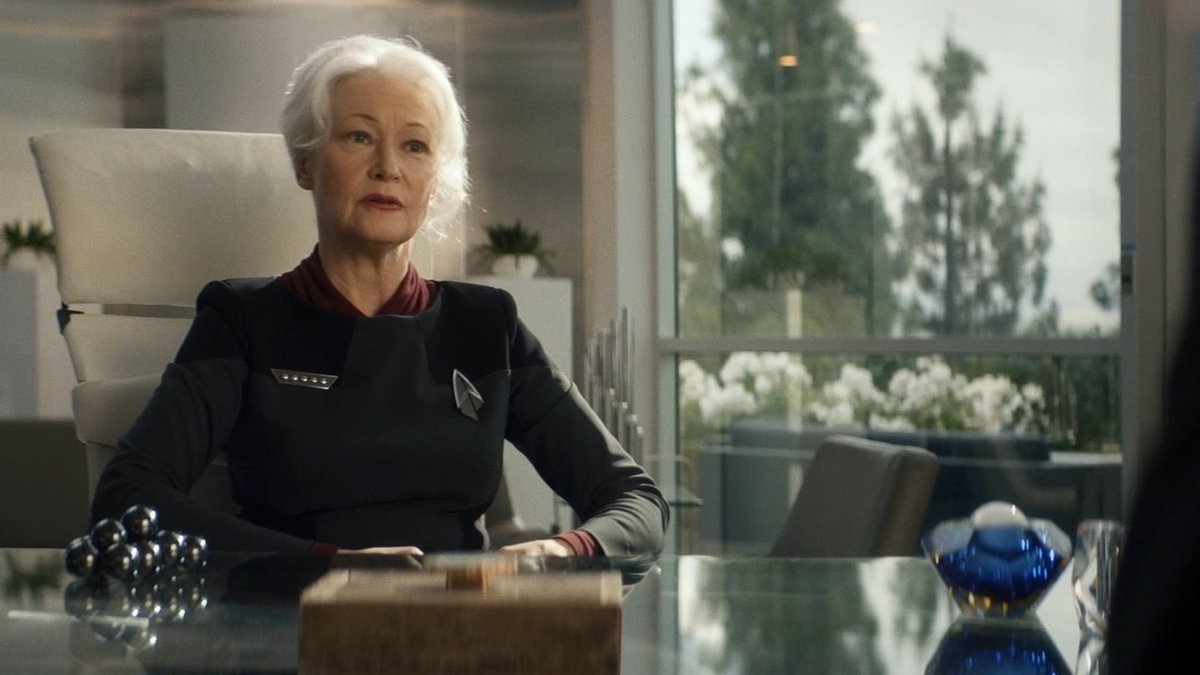 "what greater source of peace exists than our ability to love our enemy?" - Ambassador Sarek

With Star Trek Picard having lurched to its unsatisfying conclusion, I felt it was time to discuss one of my most fundamental issues with the show that I've mentioned on the podcast several times, and that is how the show utterly ruins the Federation and Starfleet. Julian wrote his very fine article, "Something is Rotten in the Federation," in which he laid out his case as to why the Federation and Starfleet were always less than perfect. He makes a compelling argument, but he's also wrong.

But before we jump full bore into this, I want to point out that I won't be doing an episode by episode breakdown of Star Trek: Picard; this is more of an exploration of the ideals the United Federation of Planets and Starfleet. There will be some spoilers for Star Trek: Picard, so if you haven't completely watched it yet, I'd suggest you go and do that before continuing.

Let's talk turkey. First of all, I want to list a few other Science Fiction TV shows to you. Babylon 5, The Expanse, Battlestar Galactica, Westworld, Firefly, Caprica, and Farscape; all these shows have something in common. They all portray a future (or past in certain instances) where humanity can travel the stars but is still as terrible as it ever was. All of these shows listed had seasons air as recently as last year or dating back to 1994.

If you're currently reading this, there is a good chance that you probably have seen most, if not all, of those shows and recognize them as some of the finest Science Fiction ever to air on TV. But Star Trek did not follow the same formula. Star Trek showed us all a universe where yes, there were bad people both inside and out, but the Federation still acted for good.

In referencing Julian's article, he mentions the Star Trek: Enterprise in which Captain Archer refuses to give a cure to a race called the Valakians, however, what Julian didn't mention is that the Valakians essentially have been benignly oppressing a race called the Menk. I say benignly because the Valakians don't actively attempt to oppress the Menk. For example, Menk society is primarily agrarian, but they live in areas where the soil is poor.

The Valakians just simply give them what they need rather than let the Menk evolve and grow. Furthermore, the end of the episode has Archer making a decision where they provide a vaccine that will stave off what's happening to the Valakians, which is done because Archer believes that humanity shouldn't be going into the stars to play God with other species. Archer even says,

"Someday my people are going to come up with some sort of a doctrine: something that tells us what we can and can't do out here – should and shouldn't do. But until somebody tells me that they've drafted that directive, I'm going to have to remind myself every day that we didn't come out here to play God."

Did you notice what I didn't mention? The Federation or Starfleet.

Archer makes a decision entirely on his own, and there is no directive from higher-ups, the Prime Directive doesn't exist yet. Remember, Enterprise takes place before even the founding of the Federation.

Julian also discusses the classic episode, "I, Borg," where we are introduced to Hugh. Once again, it is Picard, not the Federation/Starfleet who are contemplating genocide by putting a "virus" into Hugh that could destroy the collective. And Picard is never formally disciplined for not going through with it. One might think that in the universe of Star Trek: Picard, he would have been removed from command immediately.

Section 31 is an interesting case because yes, it does do the "dirty" work of the Federation as Odo puts it. However, while Julian compares Section 31 to the Tal Shiar and the Obsidian Order, I would like to ask this question. In the Deep Space Nine episode "Inquisition," what happens to Julian Bashir after Section 31 reveals themselves to him?

The answer is nothing. Bashir, after Luther Sloan investigates him, is set free and faces no repercussions; hell, they don't even bother to try and keep him quiet. Bashir is free to tell everyone he knows about Section 31, and no attempt is made to discredit his claims or keep him quiet. You tell me if the Tal Shiar or Obsidian Order would be so kind if they suspected someone of being a traitor.

Moving forward to Star Trek: Picard, I was first outraged in the very first episode when Picard is interviewed. He mentions that after the rescue armada was destroyed at the Utopia Planitia Shipyards, rather than investigate what happened, the Federation instead banned all synthetics as well as gave the Romulans the finger and said, "You're on your own."

Really. Why would the Federation do that? Yes, the Federation and Romulans fought the so-called "Earth-Romulan War" from 2156-2160, but Star Trek: Picard takes place in 2399, nearly 240 years after that. You might say, 'Well, there might still be some hard feelings after such a conflict,' but I'd like to point out that the United States and Germany are allies at this point in history and we're only a mere 75 years removed from the end of World War II.

What the Federation and Starfleet did in Star Trek: Picard was absurd. Synthetics have been a part of Federation existence since the Original Series when they appeared in episodes like "I, Mudd." Furthermore, the Federation banning synthetic beings is foolish because they are essentially banning something that has no capability of free will or thought on its own. The androids that destroyed the Utopia Planitia Shipyards were slave labor, little more than an advanced tool.

Rather than investigate who was behind the attack and how they were able to hack the androids into doing it, the Federation makes the unprecedented move of banning them instead.

My issue with all this carries into the second episode where Picard meets with Admiral Clancy, and she delivers the news that 14 species within the Federation were pressuring them into calling the relief effort off or they would pull out of the Federation. Without knowing who those races were, let's look at a fan-made map for a second. It's the most accurate map I could find of the Federation and the Galaxy at this point. 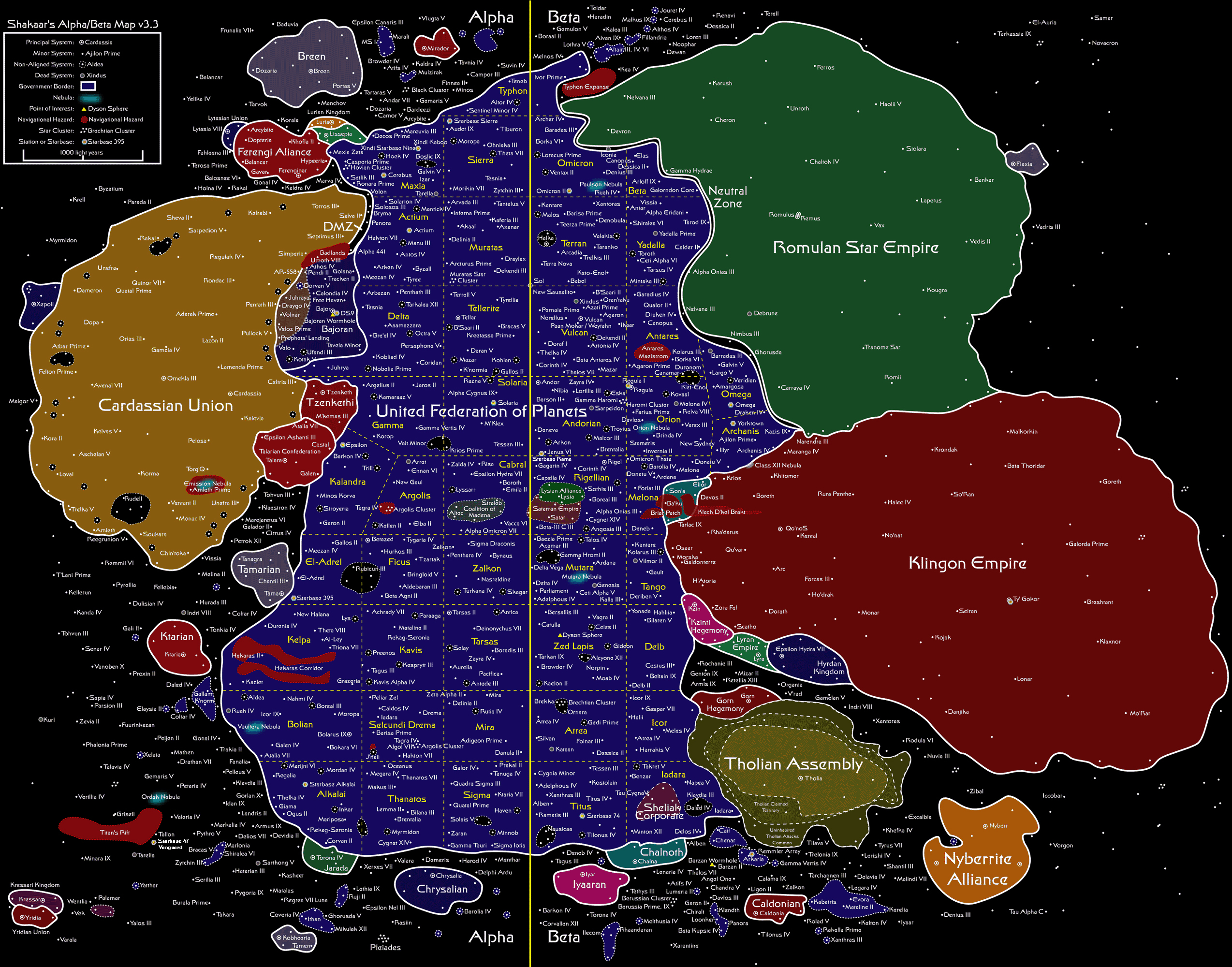 It's actually pretty neat. I've googled several random worlds in the Federation on this map, and all of them have appeared on Memory Alpha, so I'm comfortable saying that this map is as accurate as we're going to get for the time being. Notice how large the Federation is? You're telling me that all of these worlds have agreed with every single decision the Federation has made? Take the Khitomer Accords, which brought peace between the Federation and the Klingon Empire.

Imagine if the Klingons had brutally attacked your race at some point, would they be totally on board with "forgive and forget" regarding the Klingons? See, when you play the card of, "If we didn't do X, then Y Race was threatening to leave the Federation!" you open up the idea of "If leaving the Federation is an option whenever a race doesn't get what it wants how does the Federation even function?"

Not to mention this newer and "darker" Federation/Starfleet is pretty much entirely disregarded by the final episode. "Oh man, there's a small planet of synthetic life forms? We better throw a massive armada and risk an all-out war for them!" The showrunners of Star Trek: Picard wanted to have their cake and eat it too, which bugs me because yes, there have been shitty people within the Federation, but the Federation as a whole wanted to do good. Having the Federation ban synths and tell the Romulans to piss off goes against pretty much everything we've seen in Star Trek up to this point.

I was okay with exploring the potential dark side of paradise in Deep Space Nine, but I never wanted it to become the norm. Did anyone that ever watched Star Trek: The Next Generation sit there and think, "Man, I wish this was darker in tone, ya know?"

One of the magical things about Gene Roddenberry's vision of humanity's future was that we had radically evolved beyond the modern-day problems that we face. Poverty and racism aren't things that exist in Gene Roddenberry's universe, and honestly, I kind of liked it that way. You can delve into modern-day issues but do it in a way that doesn't compromise the unique place that Star Trek has in the cultural zeitgeist.

If you want to see a modern show that I consider the bearer of the torch of Star Trek, then look no further than The Orville. A fantastic show that has touched upon many modern-day issues but has done it in a way that doesn't make me scratch my head.

I have no problem with dark and gritty sci-fi, but Star Trek was supposed to be different, it was a future I wanted to live in because of how amazing it looked. But Star Trek: Picard seems to be attempting to turn it into another generic sci-fi setting, which appear to be a dime a dozen these days. There is room in this world for both The Expanse and Star Trek. I don't know what future Star Trek: Picard has in store for it, but I genuinely hope they don't continue down the "dark and gritty" path for the Federation and Starfleet.