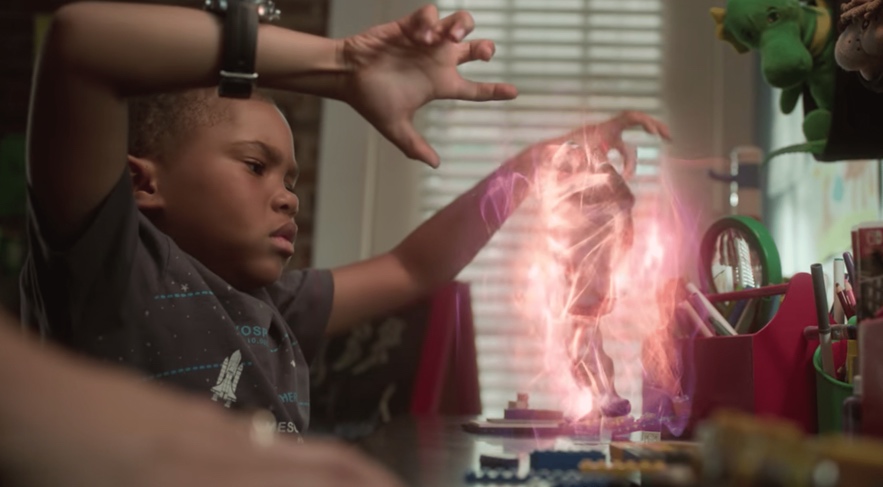 "I'm telling you, Nicole, that kid... there's something special."

Does raising a superhero make a parent a superhero? The Netflix series Raising Dion, based on the comic of the same name by Dennis Liu and illustrated by Jason Piperberg, is about just that. Nicole, a single mother, raises her young son, Dion, and helps him develop as he develops superpowers.

The story is set in Atlanta, Georgia. During the first episode, we get our first look at the city, and the shot lingers on a mural of Collin Kaepernick. Knowing what Collin stands for, or rather what he kneels for, gives us a sneak-peek into one of the main issues the show addresses: racism. The show handles it well. It doesn't shy away from the topic. Dion (Ja'Siah Young) is seven years old, so he still has a lot to learn about the world.

The show takes advantage of this by explaining what can be perceived as complicated topics such as racism, to a child in a way that a child would understand. Through Dion, anyone watching at any age understands too.

The new school that Dion goes to is not diverse at all. One of Nicole's friends asks her, "How's little man? He like being the only little brother at the school you put him in?" Nicole (Alisha Wainwright) denies that he is the only black kid at his school but affirms that he is having trouble making friends.

Next, we see Dion searching for someone to sit with him in a lunchroom full of kids that look nothing like him. It seems that he doesn't have anyone to sit with until he is called over by Esperanza (Sammi Haney). Dion doesn't like having her as a friend at first because she's an outcast due to her wheelchair. She isn't considered a cool kid. However, Esperanza, in my opinion, is the funniest character in the whole show. When introducing herself, she says, "I'm Dion's best friend, but he doesn't know it yet." She's a kind and understanding friend that sticks by Dion, even if he doesn't want her to at first.

Despite the lack of diversity in Dion's school, the show as a whole has a very diverse cast. You can tell the cast wasn't just picked for brownie points. The creators wanted to show an honest representation of different kinds of people, which I believe they accomplished. What's even better is the show acknowledges the differences that people have, instead of ignoring the differences completely. It was refreshing to see.

Raising Dion stands out because it handles "touchy" subjects that many other shows are afraid to address with care and a conscious effort to be inclusive. While visiting, Esperanza points out a "fundamental flaw" with Dion's pillow fort – it's not wheelchair accessible. Dion fixes the fort so Esperanza can enjoy it too. The show makes a simple fix to a too common oversight in our society.

The show pays special attention to details, and each episode title starts with an issue number, like a comic. It's a nice wink to the show's source material. Music plays an important part, as well. The song titles or lyrics often give extra insight into what scenes they are heard in. For example, while Nicole is driving Dion to school, the song "Red Light Green Light" by Charizma and Peanut Butter Wolf play. Or "No One" by Alicia Keys accompanies a moment Nicole and Dion have together to emphasize the unbreakable bond they have. 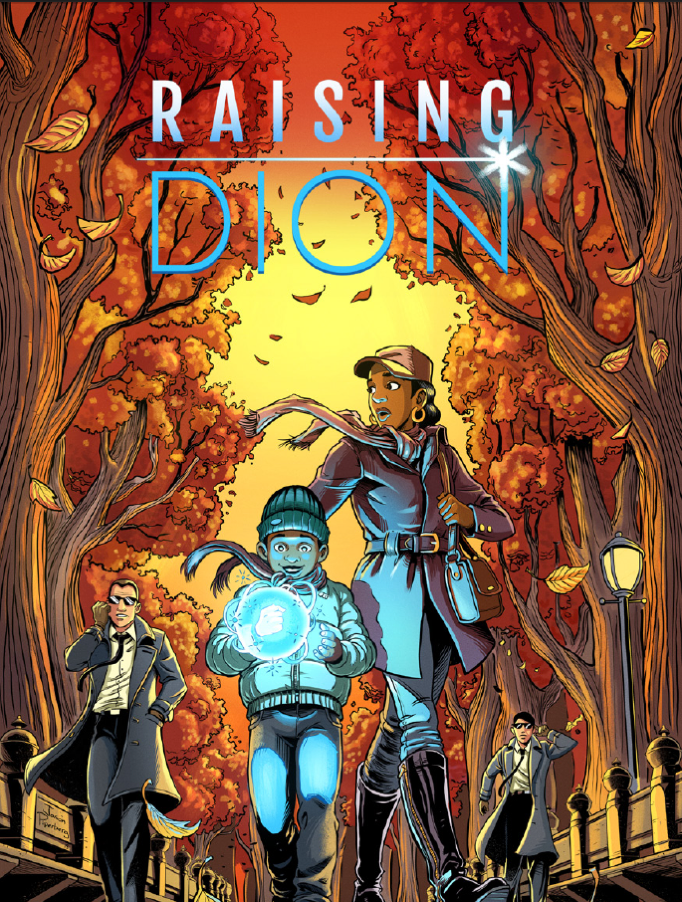 The "Raising Dion" comic, the source material for the Netflix series.

The pacing is well thought out. New information is revealed to the audience when Nicole finds it. We're just as in the dark as she is. It's a nice parallel between character and observer. Each episode ends with a cliffhanger that leaves you wanting more. The only possible complaint I would have is that the ending felt a bit rushed. Although, that's a pretty small complaint in comparison to the large list of things that the show accomplishes phenomenally.

I have good things to say about the entire cast, but Alisha Wainwright puts on an exceptional performance as Nicole. Her character is believable and relatable - from her determination to keep her son safe to the grief she works through over her late husband. The opening scene of the first episode shows a fun summer day at a lake with Nicole and Dion. But, the only sound you hear is a voice-over of Nicole. You can hear the terror in her voice about how dangerous life will be for Dion. The voice-over ends with the haunting line...

"My sweet boy, why are you the one who has to save the world?"

Wainwright pulls you in, and I often felt Nicole's emotions with her, even though I'm not a mother with a superpowered son.

Overall, Raising Dion does an amazing job at examining the heroism in parenting. It touches on relevant issues and gets your mind moving. The last episode ends with a message to the audience that a second season is coming. I will definitely be keeping my eye peeled for when Netflix releases it.

5 out of 5 Levitating Bowls of Cereal