In the early late 90s to mid-2000s, American cinema had this brief obsession with Eastern films. In fact, all things Eastern were popular at the time. Anime arguably hit its highest popularity in terms of its visibility, and the amount of content that was being brought over by several different companies was outstanding. More interestingly, there was this shared interest in Chinese movies that, unlike Anime itself, didn't seem to survive to the current day. These movies got wide releases, and actual marketing put towards them; they weren't just shown in mom and pop movie theaters and select audiences.

The movie that started the craze was undoubtedly 2000's Crouching Tiger, Hidden Dragon. I remember seeing trailers for it in movie theaters, which was almost unheard of at that time when it came to foreign films. I'm not saying that Americans had zero interest in Chinese cinema; Bruce Lee became an entertainment icon with his Hong Kong made films like Way of the Dragon, The Big Boss, and Fist of Fury. But it's safe to say that the genre as a whole didn't have the same impact it did in the 70s by the time the late 90s rolled around. While the American obsession with Chinese cinema may have abated, China continued to churn out films.

After Crouching Tiger, there were several other movies, While I won't be reviewing them all, I wanted to touch upon a few Chinese made films that probably deserve more recognition than they've gotten. So with that being said, let me welcome you to Martial Arts March!

Throughout the month, I plan to review four Chinese made movies that have martial arts themes, though it may not always be the main focus of the film. I felt it best to start with a movie which I enjoyed when it came out, and that is 2004's Hero. Some of you may have seen Hero since it came out during the Jet Li craze that lasted from his American film debut in 1998's Lethal Weapon 4 to 2008's The Mummy: Tomb of the Dragon Emperor.

A few things immediately jumped out at me after having watched the film.

The first being that Jet Li probably deserves far more credit as an actor than he gets. The second is that Zhang Yimou has some style in his movies.  Hero has several scenes in it that I would describe as iconic. I'll post some screenshots of a couple of them throughout this review so you can see for yourselves just what a feast of the eyes Hero can be.

Hero takes place during what is known as the Warring States period of China. The movie is set towards the end of that period and loosely based on an assassination attempt on one of the characters in Hero.

Jet Li plays the main character called, ironically, Nameless. Nameless has come to the court of the King of Qin (Chen Daoming ) to claim his prize: an audience with the King himself. A king who is so fearful of assassination attempts he doesn't allow anyone but his most trusted advisors within 100 paces of his person.

Nameless, however, has slain his greatest foes, the three assassins: Broken Sword (Tony Leung), Flying Snow (Maggie Cheung), and Long Sky (Donnie Yen). The Kingdom of Qin's newly minted Hero is granted an audience with the King. A royal decree allows Nameless within ten paces of the throne to tell the tale of how he was able to defeat the three most deadly assassins, even though Broken Sword and Flying Snow bested 3,000 of the King's warriors during an assassination attempt.

Nameless begins to tell the story of how he beat each of the three assassins by turning Broken Sword and Flying Snow against each other. He bests Long Sky in a battle that takes place both in reality and in the minds of the two men as they square off against each other. The entire scene is expertly done, with a blind old man playing a Guqin after Nameless asks him to play one more tune. It's probably one of my favorite scenes in the entire movie, and it's one I could watch several times over. 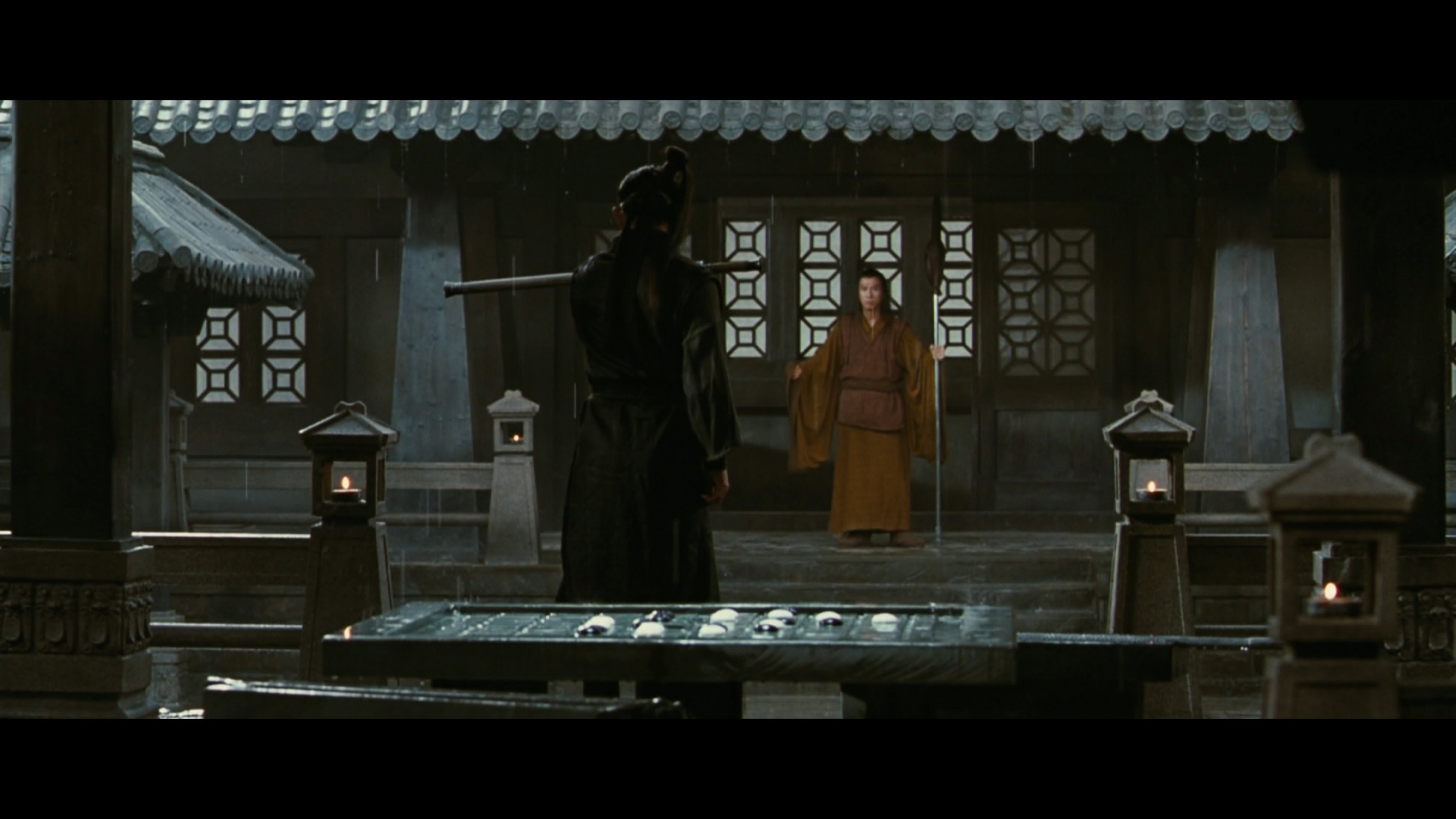 After besting Long Sky, Nameless sets out to divide and conquer Broken Sword and Flying Snow, only to realize that the two former lovers have grown distant from each other. During Nameless's mission to defeat the two assassins, the calligraphy school comes under attack by the King of Qin's army, which relies heavily on its massive archery advantage. The scene where the school is being pummeled with thousands of arrows is both beautiful and silly due to the CGI technology of the time. 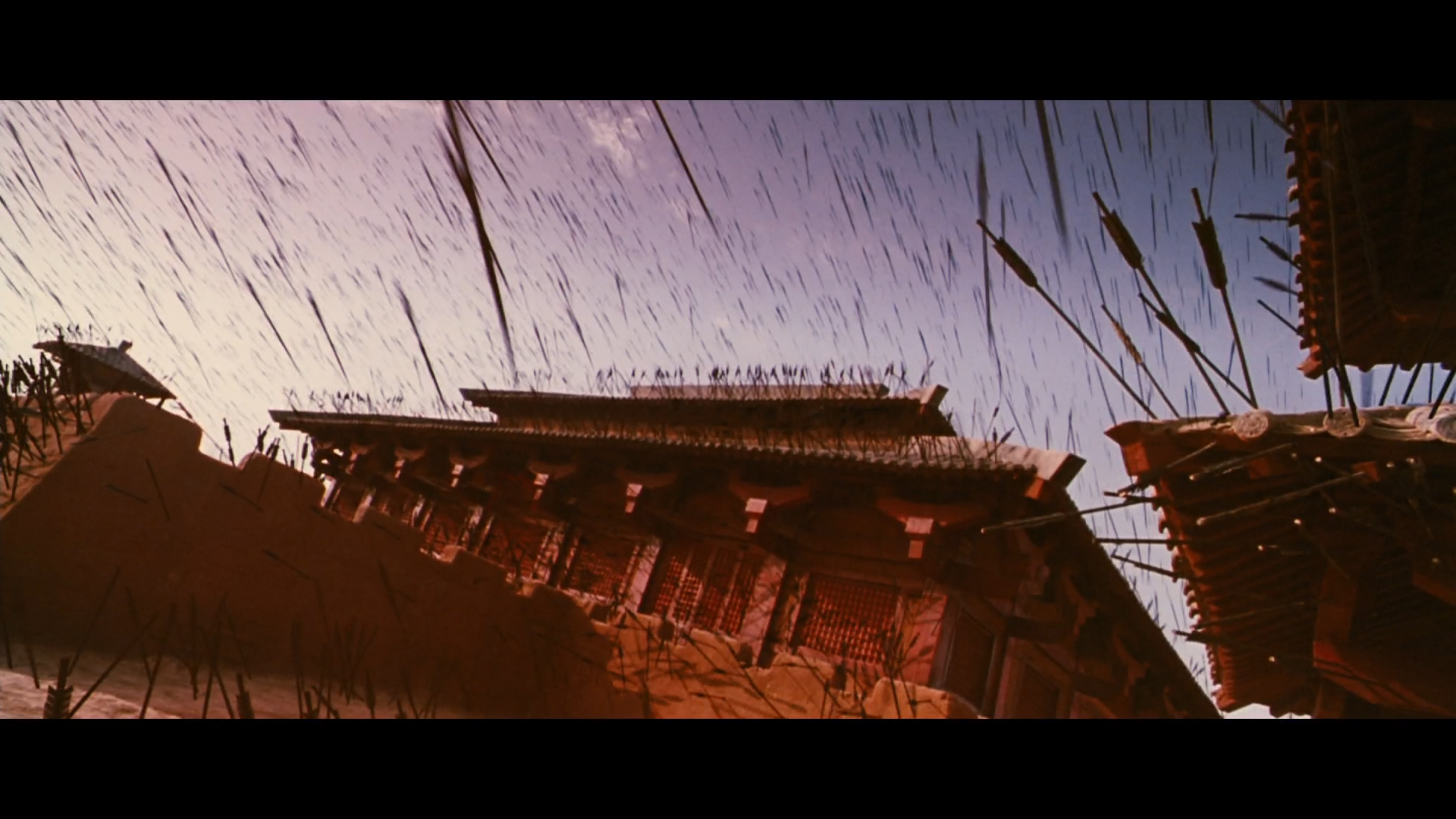 However, there is clearly more to Nameless than his stories reveal. It's interesting to watch as the King of Qin delves deeper into Nameless's stories to uncover the real reason that he stepped foot into the palace that day and how he was able to kill the three greatest assassins in the land.

I recommend watching Hero because it tells a tale of love and betrayal in an epic story that is a treat to both the eyes and ears. Go dig up a copy of it and give it a try, you might like it. Next week on Martial Arts March, I'll review 2005's Kung Fu Hustle.    Hero gets 4 out of 5 film reels. 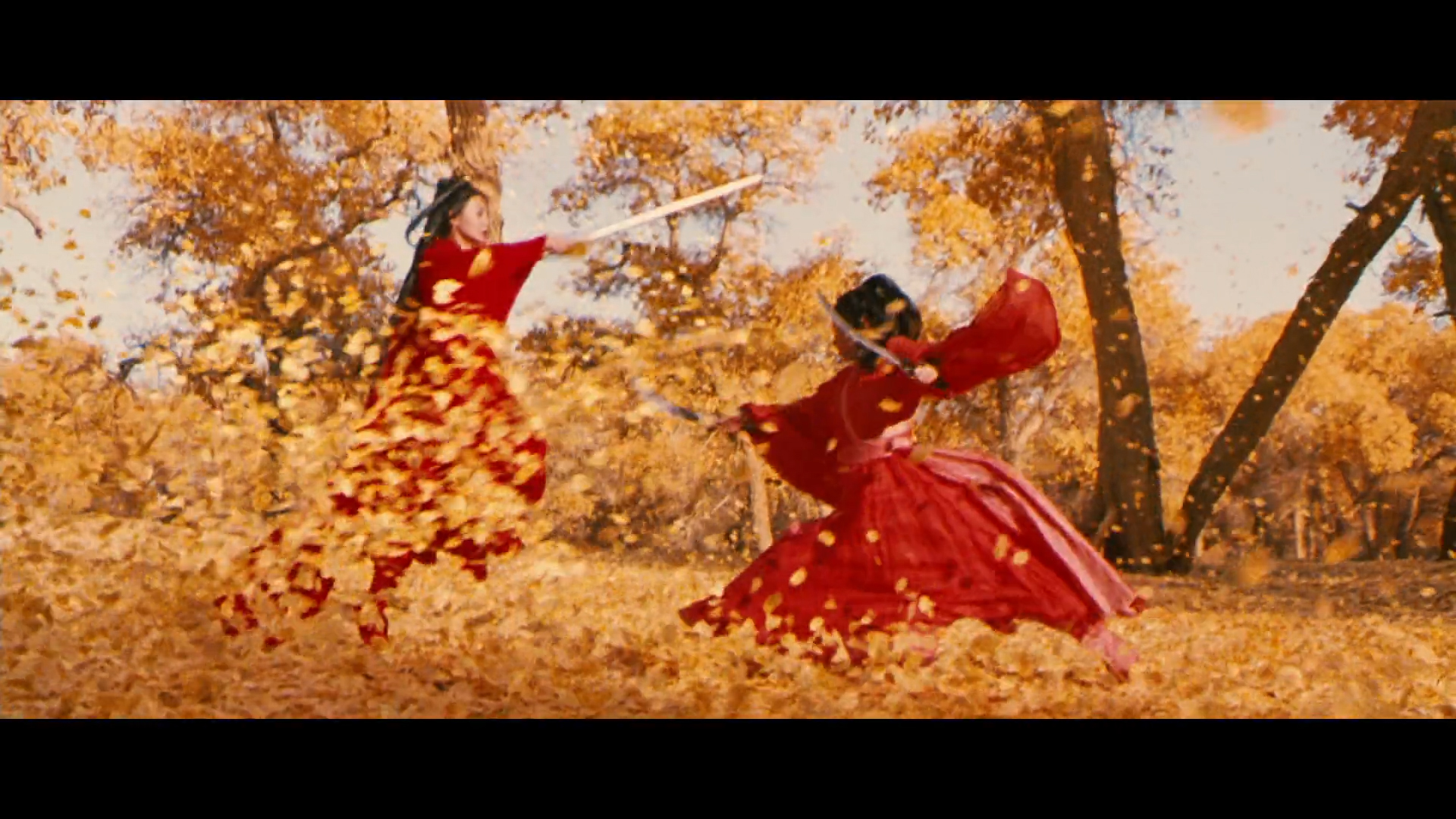