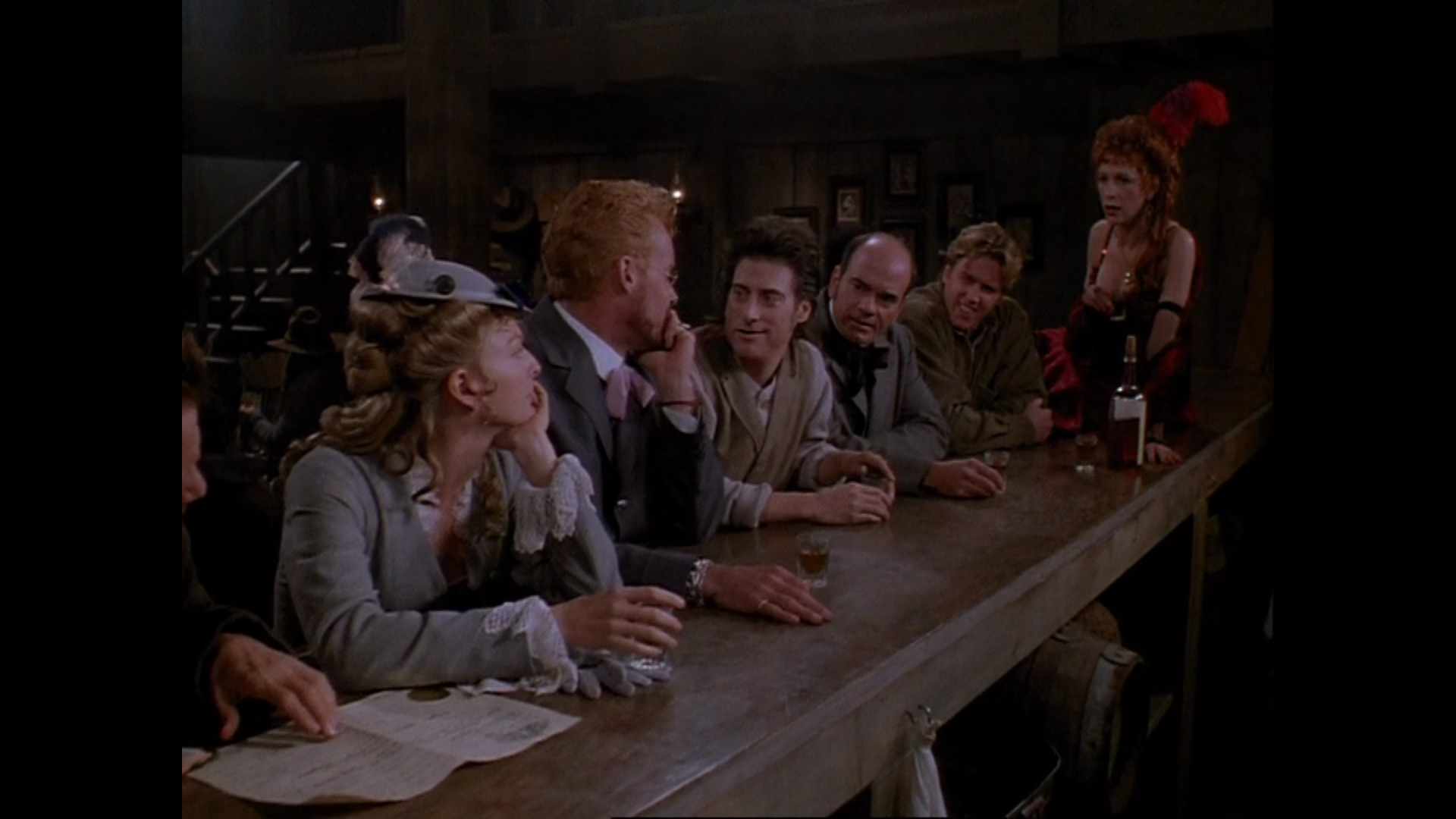 A witless, toothless satire of Westerns that falls far below the standard set by "Blazing Saddles" - Rotten Tomatoes

During the 1980s and early 1990s, John Candy was one of the top comedians around. Unfortunately, like many of the greats back then, we lost him too soon.

Born in Newmarket, Ontario, in 1950, Candy rose to prominence as a member of the famed Second City comedy improv group. If you don't know what The Second City is, it's okay because neither did I, but they have produced comedic talent for literal decades in North America. Steve Carrell, Bill Murray, Tina Fey, Stephen Colbert, Gilda Radner, are just some of the names to come out of the group. In 1976 when the television show Second City Television was on the air, Candy was one of the series' primary stars. That helped launch him to become of the top comedy movie stars during the 80s and 90s.

John Candy, to me, helped define 1980s comedy movies. While I'm not going to pretend everything he was in was a perfect gem, someone with movies like Planes, Trains and Automobiles, Spaceballs, Stripes, Uncle Buck, and The Great Outdoors on their résumé automatically makes him one of the comedy greats.

Unfortunately, Wagons East is the last movie Candy made, suffering a heart attack days before filming wrapped. But the random picker doesn't have sympathy for anyone, even someone as great as John Candy, and it's the movie we have to talk about.

Wagons East was made in 1994, and the premise is semi-interesting to me. A group of people who followed the whole "manifest destiny" of the United States has moved West only to discover...it sucks. One night in the local saloon, the characters all discuss how much they hate their lives and how much better things were for them back home. They decide that they will instead go back east where things are better.

As premises go, it's not a terrible one, in my opinion. There are some good actors in the cast, from Robert Piccardo as the bank manager Ben Wheeler, Ellen Green as a fed-up prostitute named Belle, to John C. McGinley as a gay bookseller Julian. The Julian character is a bit problematic as he is what I like to call "90s gay," meaning he's more of a caricature than a character, especially at the end when he says he's going back West to "San Fransisco." 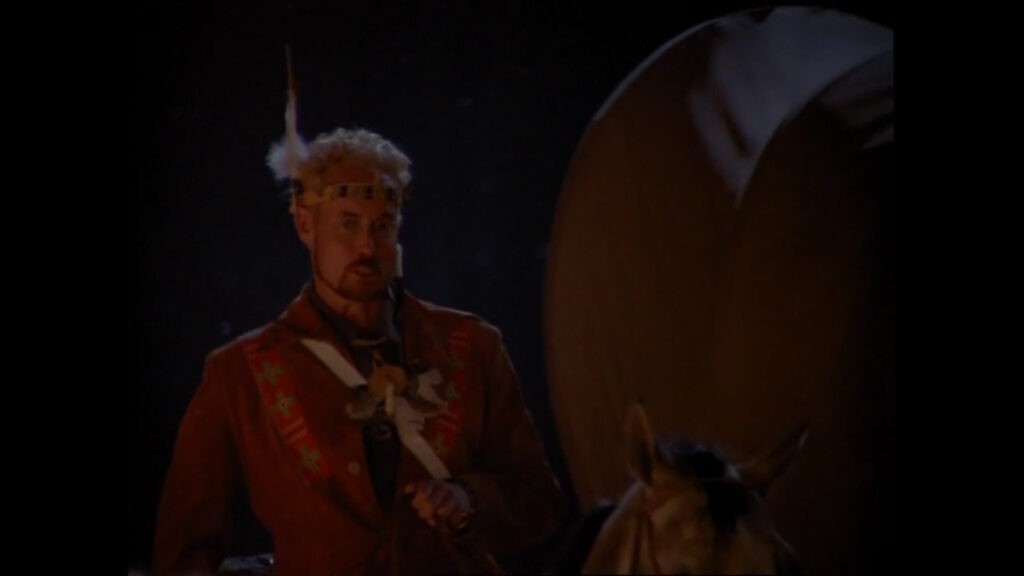 Unfortunately, the lead character that pretty much pushes this into "terrible" territory for me is Phil Taylor, played by Richard Lewis. Look, I have nothing against Richard Lewis. I loved him in Robin Hood: Men in Tights as Prince John which came out a year before Wagons East, but so many of Lewis's scenes are unfunny for me. Hell, he makes a "I'll turn this wagon around!" joke to his children, which was a tired as hell line back when this came out twenty-six years ago. I also want to talk about Lewis's hair...yes, his hair.

It seemed to fit a little more in Robin Hood, but in Wagons East, it completely takes me out of the movie every time he's on-screen. Could they have at least attempted to make him look a little more of the period? The worst part is that his hair just kind of sneaks up on me in scenes. I won't be paying attention then, BAM! it hits me. I know it's a comedy movie, but at least attempt a little bit of realism in your period comedy. 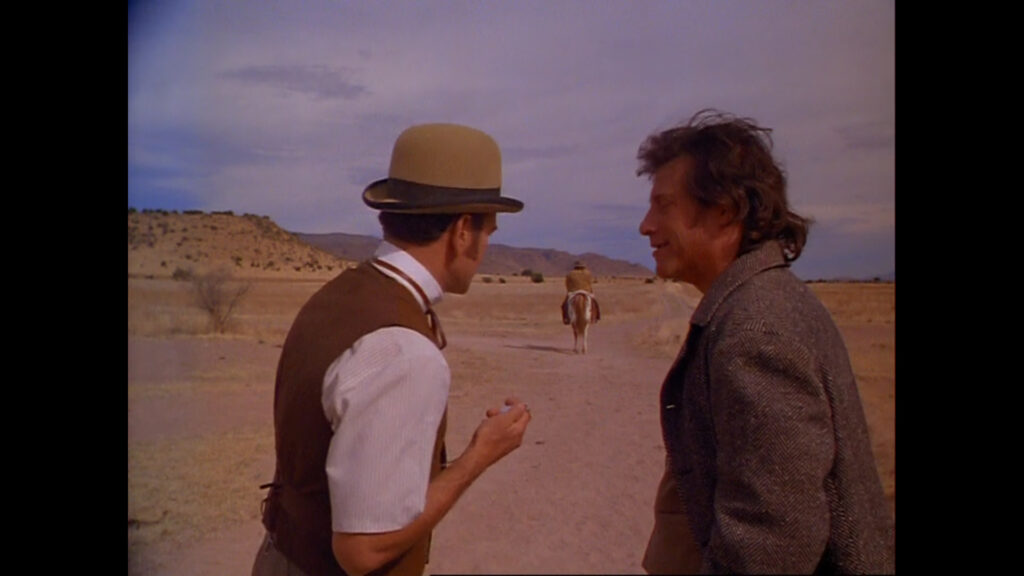 Moving on, Phil and the other settlers hire a wagon master named James Harlow, played by John Candy. Harlow is a drunk who obviously doesn't know what he's doing, and honestly, the second sin this movie commits is pretty much wasting John Candy's final role. Seriously, he has maybe one semi-funny line. Otherwise, most of it goes to physical comedy, such as "fat guy gets knocked off his horse." Candy's performance is damned near non-existent since the only line he said that elicited a chuckle from me was after he's hired at night while at the saloon. A clearly drunk Harlow says, "We leave at dawn!...noonish." 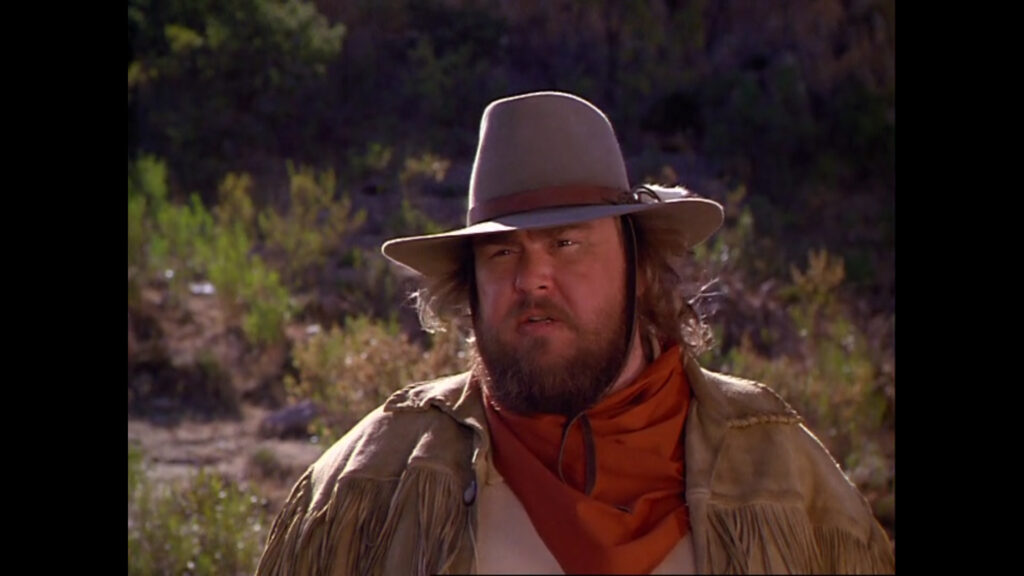 John Candy pretty much has this look the entire movie

Wagons East also makes the joke of "country bumpkins like to have sex with wildlife," which is such an old joke I'm sure it can file for social security, and honestly, it's not funny at all when they do it in the movie.

There were a couple of times Wagons East got a genuine laugh out of me, which was surprising, to say the least. When land prospectors find out that the eastern traveling group is picking up people as they go, they set out to stop them by hiring a supposed bad man (more on him in a bit) and eventually involve the US Calvary. There is a scene where the Calvary sends someone to warn the group that bad things will happen if they continue east. When Phil asks, "Like what?" the Calvary officer's response of, "Standard US Calvary massacre, he can tell you all about it," as he gestures at Little Feather was a legitimately funny line delivery for me.

Or when Harlow leads the group across a wide river while the inspirational music plays and a man waiting on the other side says, "You people must be crazy!" and when Harlow says, "Why? Because we have a dream?" to which the man says, "No, because most people use the bridge that's right there." 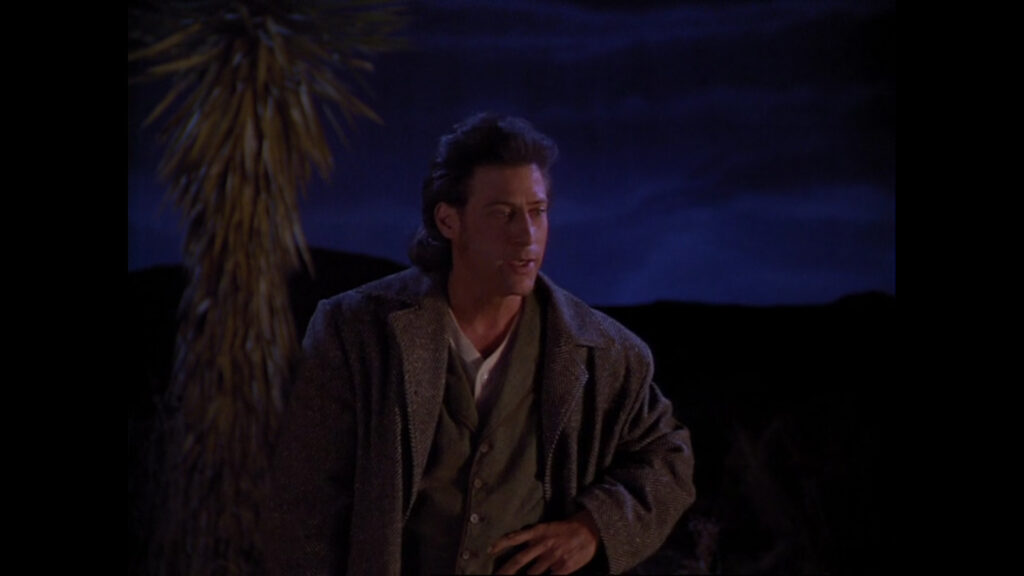 Honestly, Wagons East just makes me sad. The studio that made it forced John Candy to make it since he was contractually obligated to and Candy himself didn't seem to believe the movie's script was very good. For taking one of the all-time greats and basically wasting his final performance, what could have been a final majestic bow from the stage instead ended up about as well as a fart in a crowded church.