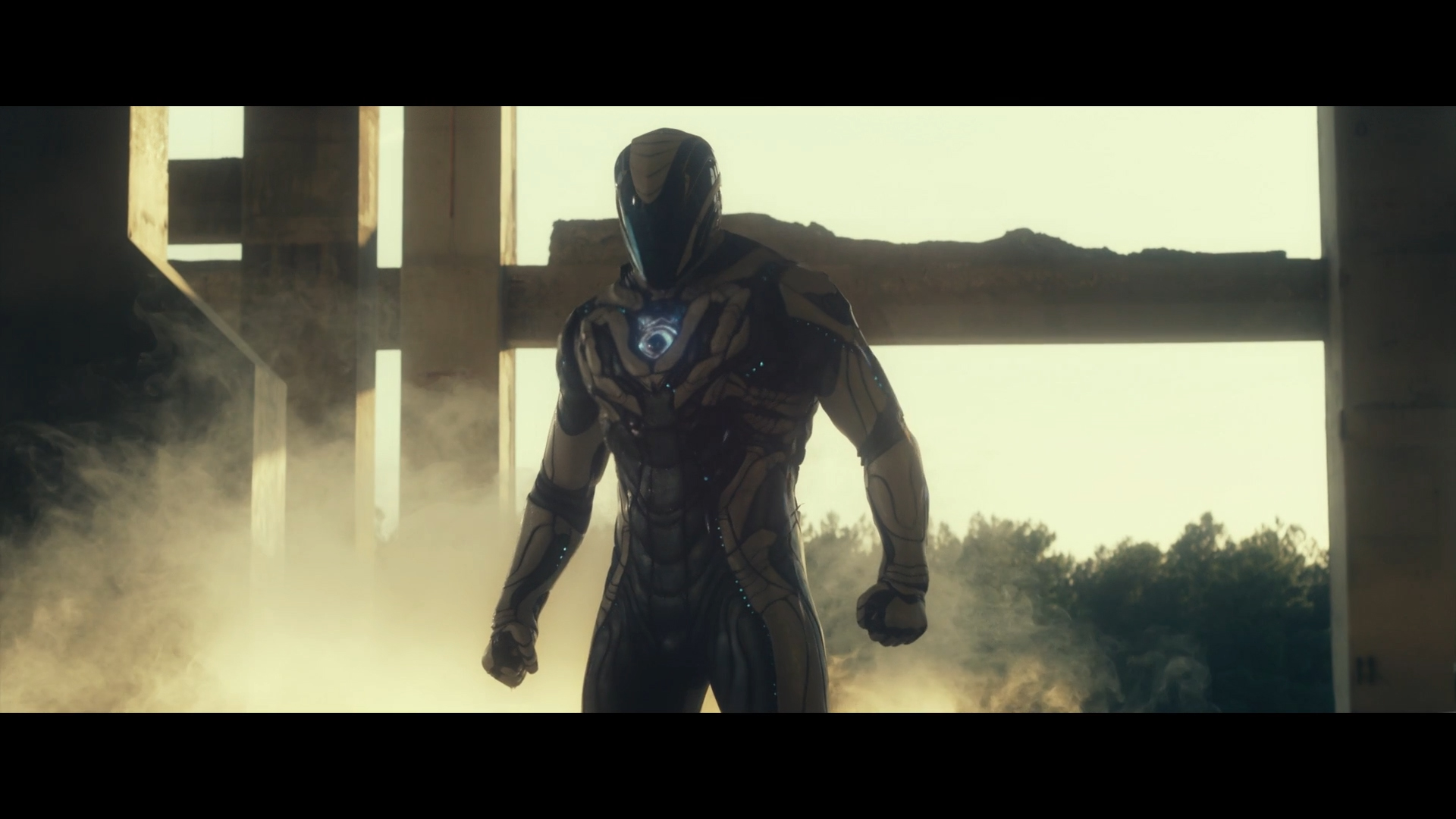 "Bereft of characterization or even satisfying rock 'em sock 'em, Max Steel feels like futzing with an action figure without any childhood imagination." -Rotten Tomatoes

After taking some time off from writing to refresh my creative juices as it were, I've decided to challenge myself to something that is truly, truly horrendous.

After such events like Martial Arts March and Animation April, I realized that everything I'd watched up to this point was, bare minimum, above-average to an all-time classic. I mean, when you review movies like Hero, Kung Fu Hustle, and TV shows like Courage the Cowardly Dog, where exactly can one go, dear reader?

The answer is down...way down.

With that, let me introduce you to my latest creation, Awful August. Throughout the month, I will be reviewing movies that are, well, awful. At least that's what the reviews say. But are they really? That's what I'm going to find out this month. But here's the thing, I wanted to be fair for this whole process, I didn't want to deliberately choose movies that I knew would be complete garbage, oh no, I wanted an element of gambling involved in it.

I grabbed around two dozen movie titles that screamed "bad" to me from what I could briefly look at from the synopsis and the reviews and uploaded them onto Comment Picker, and from there, I hit the "select random" button and let fate whisk me away. It's like playing Russian Roulette; only all of the chambers are loaded, and I'm a willing participant. The more astute of you might notice that I haven't labeled this review "Week 1" as I have in the past. Why? I may do more than one review a week, so we'll see how my sanity holds up. Alright, you're up to speed on the rules; let's talk about Max Steel.

Max Steel started as just Max Steel, an action figure extraordinaire in 1999. The toy line is fascinating to me because I never knew it existed before watching this movie, and I had no idea that the line of toys became wildly successful in the early 2000s. The original toy line ended it's run in 2012, and with something that successful, you know that the creators of Max Steel would try to do something like getting in on the mass media market. Much like GI Joe, He-Man, Care Bears, and more, there was an opportunity to begging Max Steel to become what the toys as mentioned above were to the older millennial generation.

Did it succeed? Well, considering that there are at least five animated movies, a TV show that ran for three seasons, a video game for the Sega Dreamcast, and most shocking, a 2016 live-action adaptation, the answer seems to be...yes? I hesitantly say yes because I don't know anyone under the age of 30 who loves/loved Max Steel, which granted doesn't mean that people out there don't like it but still.

One thing I'd like to point out is the logo of one of the companies that helped make Max Steel. Mattel is one of the toy industry giants, and they helped make Max Steel under their Mattel Playground Productions brand, but when the logo appears on the screen, it's done in this weird, choppy old-time video way that made me think of a horror movie. I tried to find a clip of it to show you all, but alas, I couldn't find one, but here's a screenshot of it. 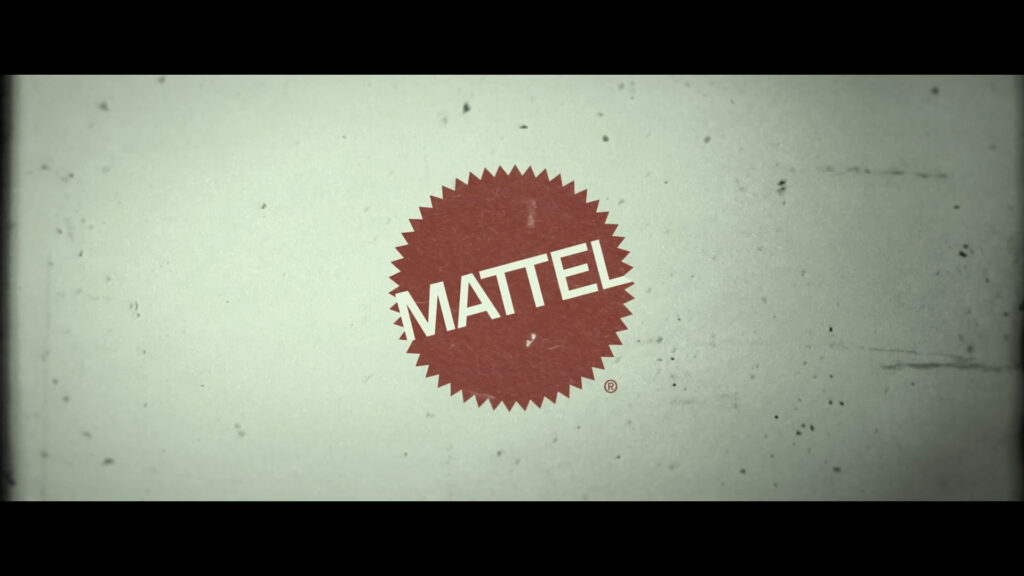 "Hey we should make our toy company logo look like Blumhouse!"

Max Steel stars Ben Winchell as the lead Max McGrath, who, after years of moving around following an incident that killed his mother and father, played by Mike Doyle and Maria Bello, respectively, moves back to his hometown of Copper Canyon where everything went wrong. We're introduced to Dr. Miles Edwards, played by Andy Garcia. He has had an extensive career that includes movies like the third Godfather movie and the Ocean's Trilogy. As soon as I saw Edwards, I immediately said, "There's the main villain of the film." Garcia attempts to play the caring, compassionate scientist and friend of Max's dad. But seriously people you've all seen this plotline before, and it should catch none of you by surprise.

There is a scene that did catch me by surprise during Max's first day of school. Max is riding his bike when he cuts in front of a truck driven by the obvious love interest Sofia played by Ana Villafañe. Sofia is enamored with Max seemingly from the get-go, and for the life of me, I can't figure out why. Yes, Max is attractive, but he seems to have no personality. The film also does a terrible job explaining how much time has passed during the events of Max Steel. In a later scene, Sofia ticks off all the things about Max she's learned like how he talks "just enough" so people don't think he's weird.

But Max's life gets turned upside down when he discovers he has the ability to mess with electronics. He further starts to try and control this ability but only gets so far with it. Meanwhile, at a nearby facility (because there is always a nearby secret facility), a creature escapes from containment after supposedly being dormant for years. That creature is, of course, Steel, voiced by Josh Brener. It's Awful August, so no surprise that that Steel just did not work for me.

It is this quick-talking humorous flying robot that spends most of the film not listening to a word Max says. When Max hides Steel in his backpack at school, Steel doesn't shut the hell up, making smart-ass comments from within the bag, which could get them both caught.

It's hard to stay invested in Max Steel because even though Steel is being hunted by a group of mercenaries from the facility, he acts like one of those characters from a bad 80s movie where they get teleported from another world and are constantly asking dumb questions like "Hey, what's this thing?" But Max discovers that both he and Steel can work together, and this allows Max to do stuff like Kung Fu moves that are continually playing on TVs in his room. This leads to a hilarious moment (and not in a good way) where Max is doing Kung Fu with Steel mimicking those moves next to him. 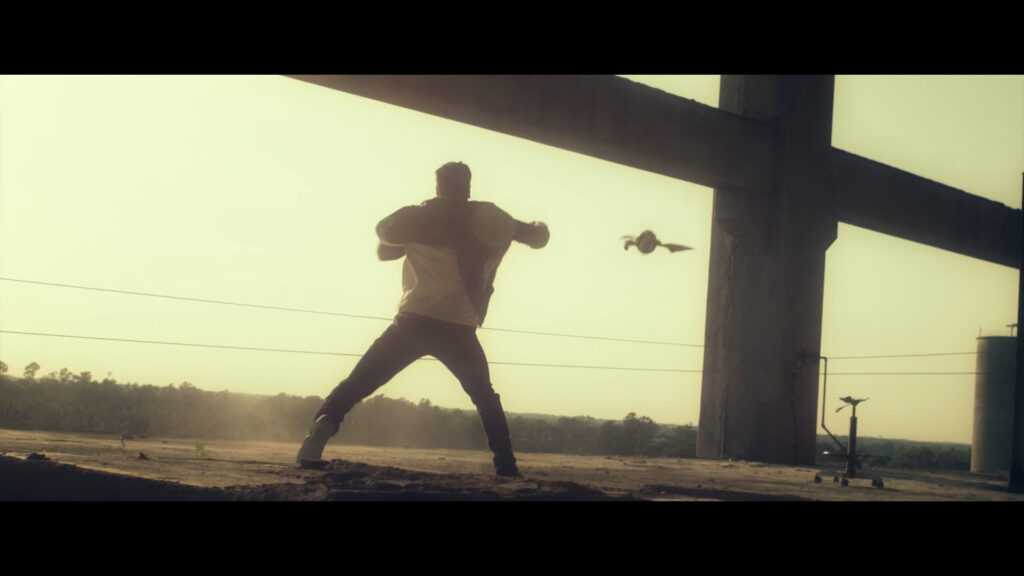 It's hilariously stupid to watch in motion, but if you'd like to see it for yourself, watch the trailer, and you'll know what I'm talking about. During that training scene, Max discovers that if he and Steel link up, they can form a suit of armor that covers Max from head to toe. The armor doesn't actually look that bad, so I'll move on.

Max discovers that a race of beings known as Ultralinks is looking to kill both him and Steel, and they go about their attempts by doing things like controlling the weather. They were the ones partially responsible for his father's death (more on that later), but they didn't go after Max in the years since because...? The movie says they wanted to see if the power manifested itself in Max, but this makes zero sense because Max is literally the only thing that could stop them, so why not kill him when he's a helpless kid who can do nothing? Later on, Max follows clues, and by clues, I mean literally, a line of flares that NOT ONCE does he seem to suspect could be a trap. 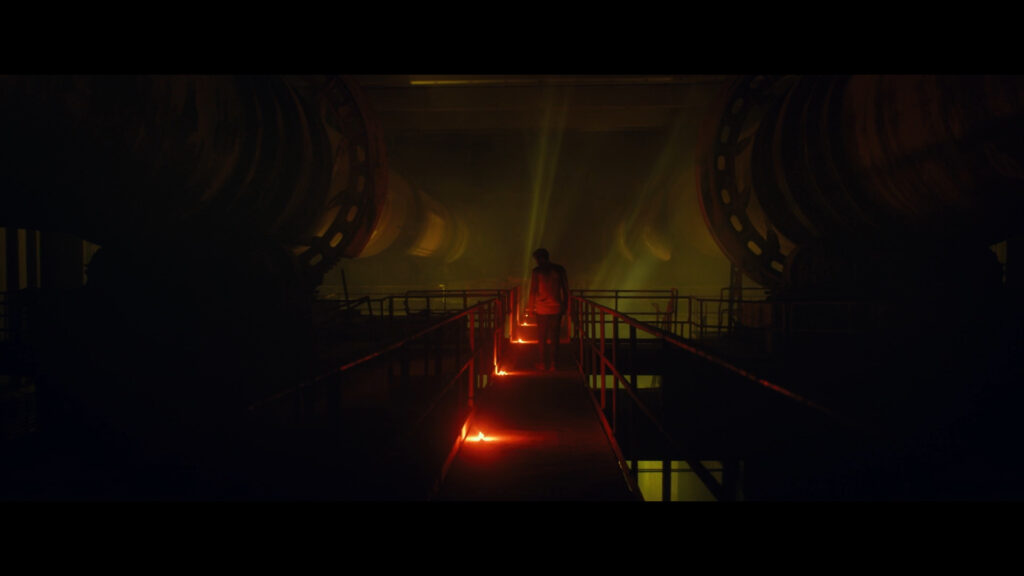 Max discovers the true mastermind behind everything is Dr. Edwards, who killed Max's father! GASP! SHOCK! But, Edwards has a knack for the classics because he makes his own armor to counter Max's and knows that since Max's armor is blue, his must be red. 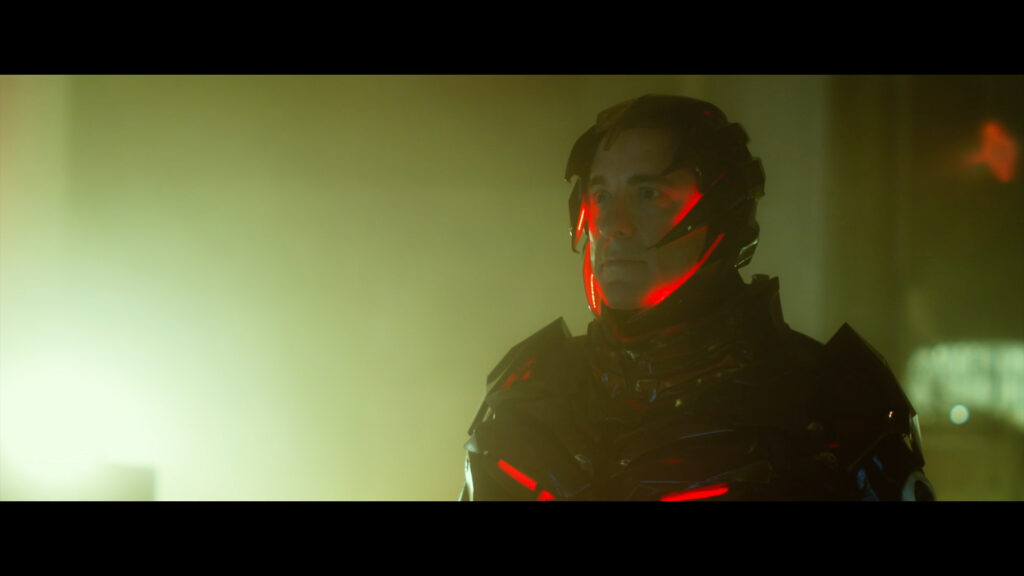 The battle between the two that follows is just as boring as the rest of the movie, and I felt no tension watching it. However, I laughed out loud during the fight when it showed some of Max's facial expressions. If you've ever seen an Iron Man movie, there are moments where Tony's face is shown inside the armor. This is done to give some more emotional moments to the performances, like during Captain America: Civil War, when Tony is fighting Steve, you see his reaction from some of the hits or when he's dishing out punishment. It helps emotionally connect you.  Max Steel has stuff like this... 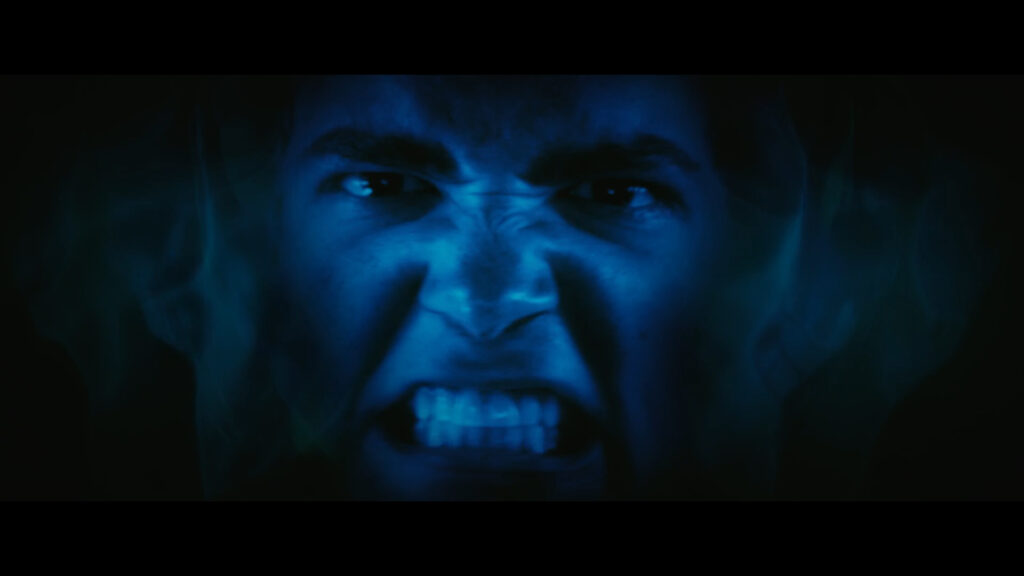 I tried to get some better screenshots, but Max's face kills me. The actor is trying to show that he's exerting himself, but it looks absolutely ridiculous.

If there is one positive I can give this movie, the effects...actually aren't terrible looking. The armor looks solid, and Steel, despite my misgivings about the character, doesn't look terrible floating around most of the time. But man, the acting sucks in this movie, and for the most part, I felt no charisma from any of the characters, and that's honestly what killed it for me.

Does Max Steel deserve a 0% critic score on Rotten Tomatoes? Probably not. There are way worse movies out there, and while Max Steel isn't a good movie, it at least showed some kind of competency in its graphics and sets. I wanted this review to be funny guys, but  Max Steel just made me sleepy.