48 Hours With Call of Duty: Warzone 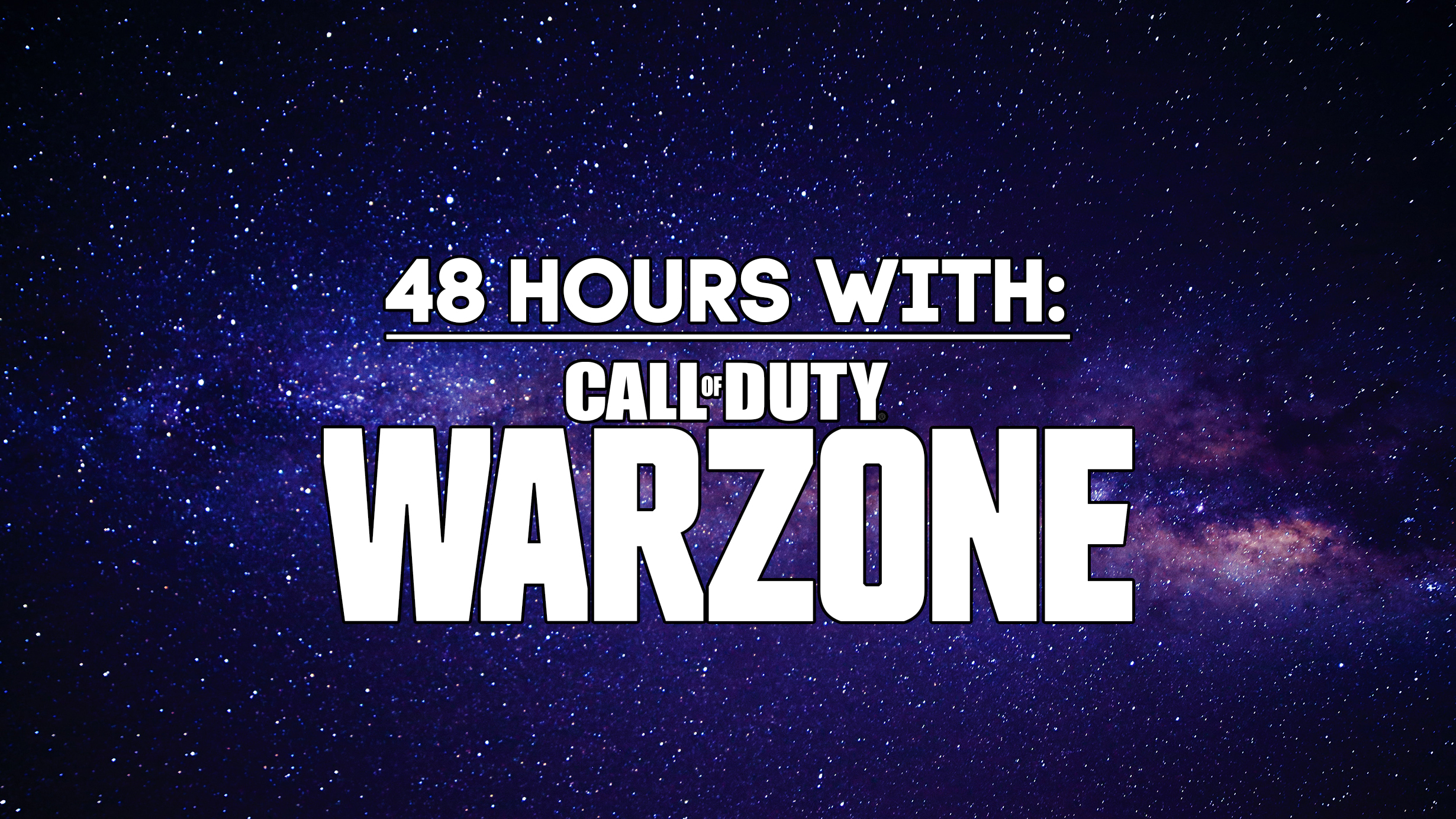 Back during the previous console generation, it seemed like the Call of Duty franchise was king of the FPS. Modern Warfare one, two, and three were some of the best shooters ever made and led the way for a sprawling franchise. But as the new generation of consoles hit in 2014, the franchise seemed to have more missteps than steps forward.

Call of Duty: Ghosts, which was a launch title on both the PS4 and the Xbox One, was a commercial failure. While the game had an enjoyable campaign, the popular multiplayer mode was ridiculed by gamers for the removal of past series staples like demolition and capture the flag and replaced them with new modes like blitz, cranked, and hunted. On top of that, the maps the game launched with were not well designed, and actual gunfights were near nonexistent.

With the success of EA/Dice's Battlefield 3, running on the now legendary frostbite engine, the franchise turned out some great titles like BF4 and BF1, taking the franchise into the World War I theater for the first time. Meanwhile, Activision churned out new title after new title, like Black Ops III and Advanced Warfare. With the addition of Infinite Warfare and an unsuccessful return to the World War II era, the franchise was both stale and just a little goofy at this point with some of the gimmicks added to multiplayer.

As the Battle Royale genre stormed the market with the ever-popular Fortnite and more recent Apex Legends from the creators of Titanfall, it was clear Call of Duty needed to try something new or end up falling by the wayside. Funny enough, it seems like the key to getting back into the game (much pun intended) was taking things back to basics rather than try something drastically new.

In just 48 hours, I've been completely turned back on to the franchise thanks to Modern Warfare (2019). And not, at least at the start, due to an excellent campaign or multiplayer. No, instead, I've become rapidly addicted to Call of Duty's entry into the Battle Royale genre, Warzone. Having played Apex and Battlefield V's Ring of Fire, I can safely say that Warzone is the best Battle Royale experience available to date.

Having messed around with Apex Legends a bit and then being disappointed by Battlefield's boring BR attempt, I was hesitant to give delve back into trying a new one out. I kept on hearing great things about Warzone, however, so I started the painfully large and long download and was not disappointed. Immediately upon dropping into the Verdansk map, I was in awe of its size and variety of different locations.

Although Verdansk is an abandoned city, and a large one, it feels very much as if it's been lived in. It's believable that the residents of this city dropped everything to escape the giant gas cloud that is slowly engulfing it, and that stood out my first few playthroughs. Unlike the cartoon-like nature of Fortnite and the fantastical maps in Apex, Warzone is very much grounded in reality. You're not going to find anything in Verdansk that you can't find in the real world. 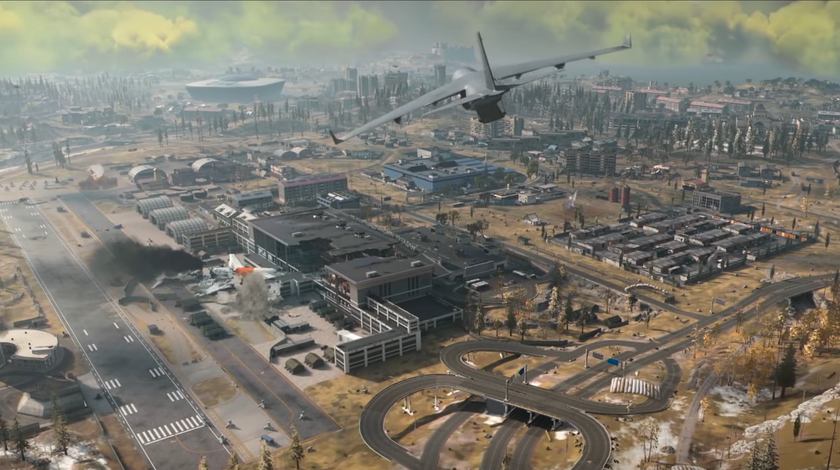 The Airport section of the Verdansk map...

That brings me to my next point. While I'm a huge fan of science fiction, I like my FPS games, Destiny being the exception, to be grounded in reality. It's part of the reason I've never touched Fortnite, and basically why I didn't commit to Apex long-term. Having to figure out which character and their abilities cater to my style, and then being stuck with that specific set of said abilities and loadouts was never appealing to me.

Instead, Warzone, much like its multiplayer counterpart, stays true to what has worked for over a decade: near-total customization. After a few run-throughs, there are all the COD weapons and guns you've come to enjoy. And with them come their killstreak rewards and perks that give you the advantages you want for playing well. I would say after about three or four hours playing; I had figured out what kind of player I wanted to be and what type of loadout I wanted to have.

And there is another one of Warzone's great features; the ability to have as many different customizable loadouts as you'll possibly need. Want your loadout during a match? Dare to storm one of the loadout drops that occasionally drop in the map. I've done this once or twice, but nine times out of ten, I'm content with the weapons I find on the map. It's nice knowing the option is there, though.

Therein lies Warzone's best feature alongside its smooth, close to 60fps framerate (which made going back to Destiny really hard). Options. Want to get a group together? Play with up to three of your friends in Quads. Down a man? There's trios to live your best Three Amigos fantasies. More the lone wolf type? Awesome! Get down with your bad self and take on 149 hungry wolves. As much as I enjoy squading up, some of the most fun I had was running solo, and learning the lay of the land.

What I discovered while exploring Verdansk is what truly sets Warzone apart from its competition. Unlike other Battle Royale games where the main focus is to hide, kill, and hide again, Warzone has objectives played throughout the entire map, all with their own perks and rewards for completing them. Take bounties, probably the riskiest of these objectives. It literally means what you think it means. Activate it and go hunt down a player. Take that player down, and you're rewarded with not only cash and XP but that players' gear.

Then there's scavenger, which is the most rewarding in terms of gear. Activate this objective, and hunt down three chests placed in your general vicinity and loot the gear. This specific object is not only a good lesson in stealthily moving about the map but also planning out the best route. In my short time playing Warzone, doing the scavenger objectives have already made me a smarter player.

Last but not least, there's recon, the second most dangerous objective in Warzone next to bounties. Once you've activated a recon mission, the objective is simple, at least in theory. Head to the location marker on the map, and secure it. 99% of the time, this location is out in the open, and it takes maybe 20 seconds or so to secure. That's a lifetime to be out in the open in Warzone. 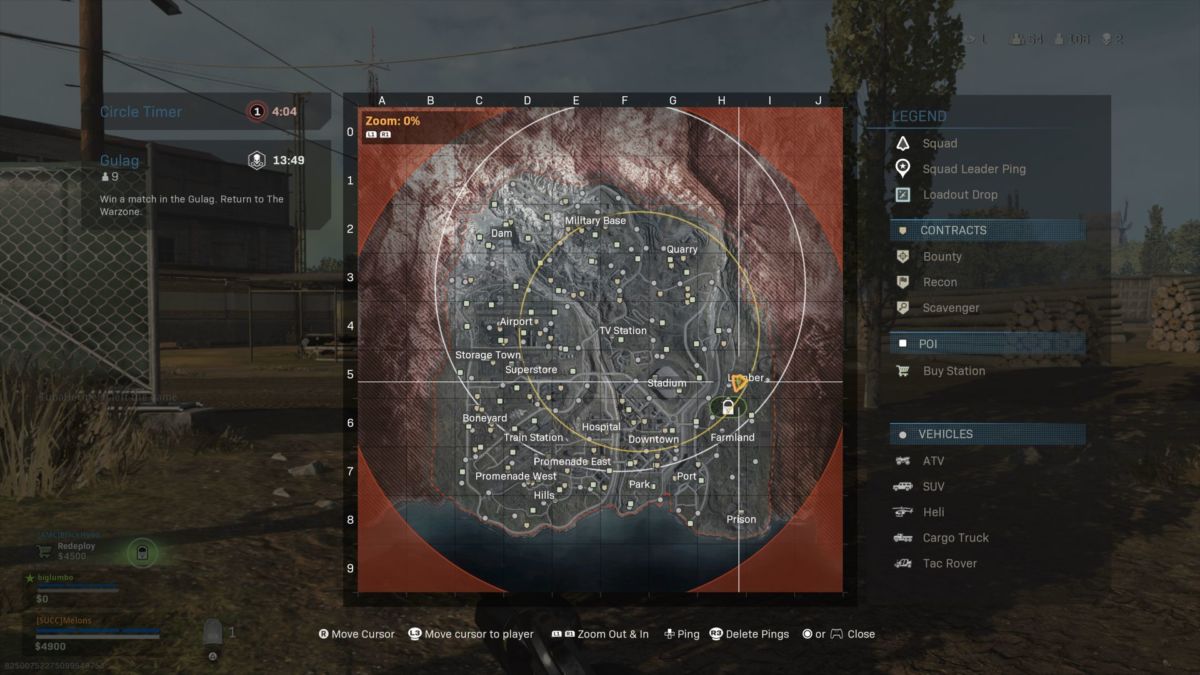 An image of the safe zone when successfully completing a recon objective (image via culturedvultures.com)

The reward, however, is well worth it, especially in the later stages of a match. If secured, the map will have a yellow circle, alerting you to what will be the safest location to be in when the smoke next moves. If you're in the top 50 at this point and have a beat on where a safe zone is going to be, this can give you a huge leg up in securing a top 25, even a top 10 spot.

Finally, I want to touch on ease of play, which ended up being a significant factor in my decision to commit to Warzone. One of my biggest complaints about Apex Legends was the ability to get a kill. It seems like no matter what I did or how many bullets I sprayed into an enemy in Apex, and they just wouldn't die. My kill ratio in that game I feel like has to be under zero.

In Warzone, yes, there's armor, and yes, there are weapons like any game that are going to kill you better than others but save for one or two gunfights, I never felt like I was outmatched. I would say most of my deaths stem from user error like bad hiding spots, not being quick on the draw, or quite simply being caught unaware. To say that this was a breath of fresh air would be an understatement. In Warzone, I'm probably averaging three or four kills a match, which is not too shabby if I do say so myself.

My final point on Warzone's ease of play is the ability to place well. Don't get me wrong, I've had matches where I spawned in, and seconds later was back in the lobby. No complaints there, I made some dumb decisions. But just my second match ever playing, I placed third, which felt ridiculously good. I immediately thought, if I can place third, I can certainly win this thing a couple of times, and it's nice to have that goal to achieve.

Listen, Battle Royale isn't for everyone. I was perfectly content in Destiny's crucible until I finally decided to play this. Even after trying this, you still may decide that it's not for you. But I can't stress this enough. Try it! You may be pleasantly surprised. Not to mention, it costs you nothing. Call of Duty: Warzone is completely free to play. Don't come back yelling at me, though, if you decided to buy the full game. It's not my fault.